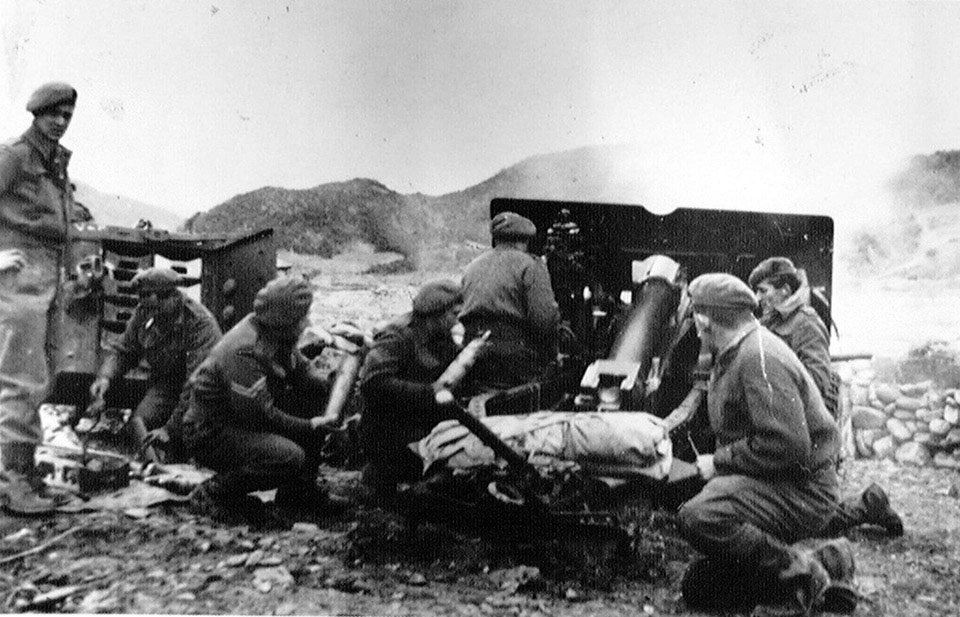 One of 10 photographs of Royal Electrical and Mechanical Engineers vehicle recovery and the Royal Artillery in Korea, 1950-1953.