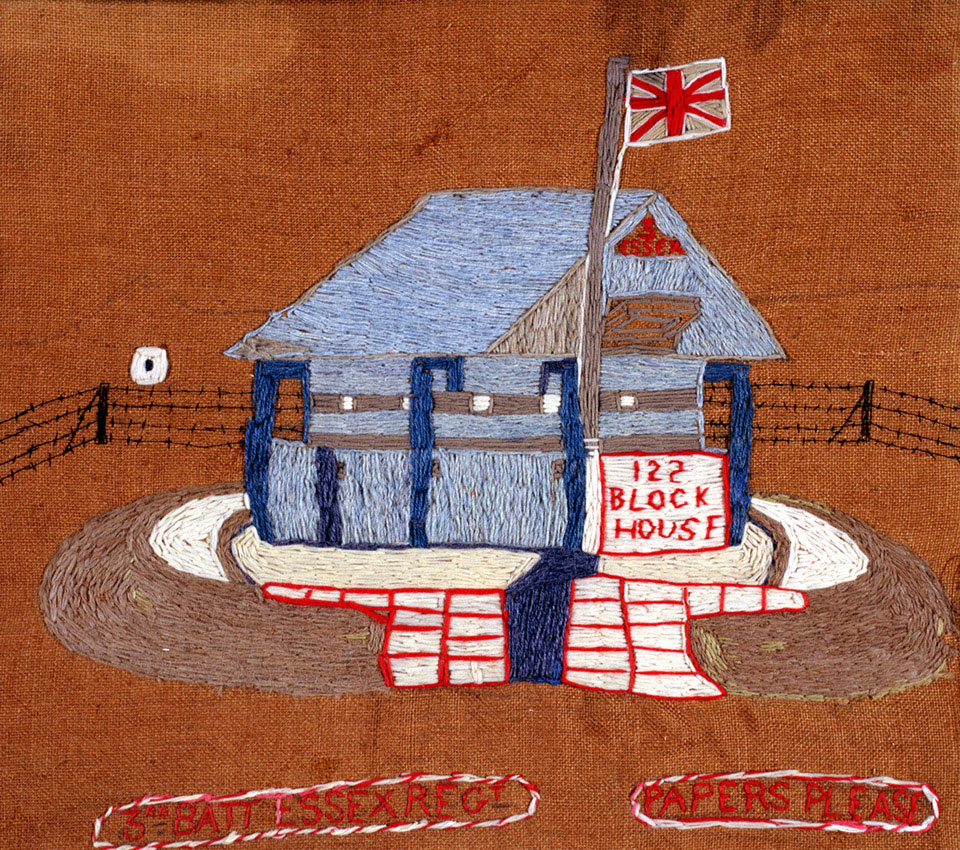 In response to the adoption of a strategy of guerrilla warfare by the Boers the British established a gigantic grid of blockhouses and wire fences which eventually proved an effective counter-measure. Approximately 8,000 mutually supporting garrisoned blockhouses were constructed, manned by 50,000 troops and 16,000 African scouts. 6,400 km of barbed-wire fencing was erected to limit the Boers' freedom of movement during punitive sweeps. In addition to wire each blockhouse had a water tank, alarm signals, flare lights and sometimes, fixed rifle batteries.