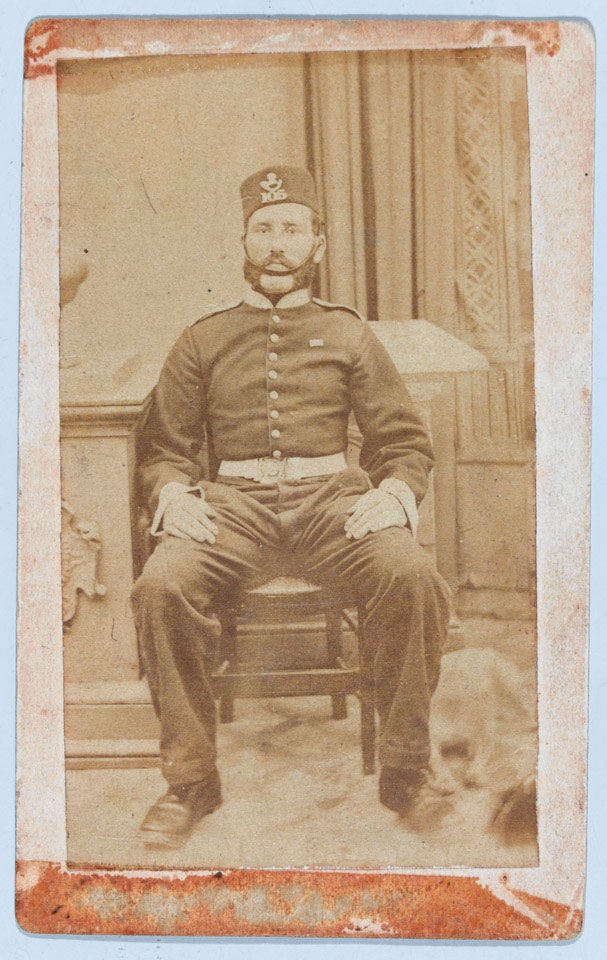 This image was taken just after the regiment had arrived in England for the first time the previous year. It had previously spent its entire existence in India, initially as part of the East India Company's Army and then of the British Army. The 105th remained in England until 1878, when it was sent first to Guernsey and then to Ireland.