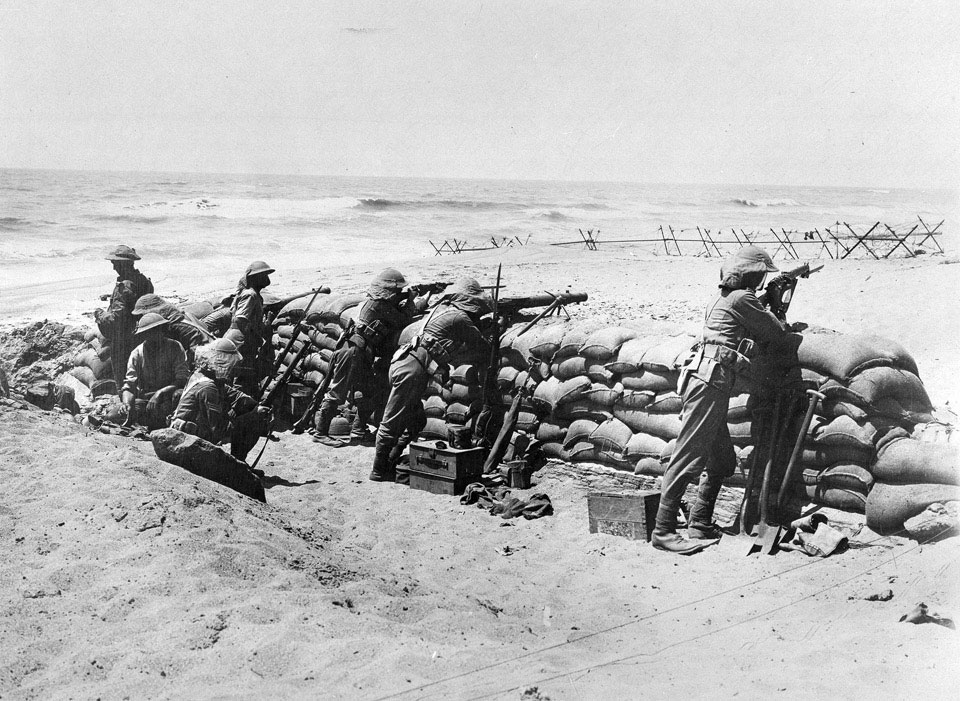 2nd Battalion The Black Watch (Royal Highlanders) behind defences on the coast near Arsuf, Palestine, June 1918

After the capture of Jerusalem in December 1917 General Sir Edmund Allenby's army had to remain on the defensive as further advances were temporarily delayed as troops were transferred from Palestine to France in the wake of the German Spring offensive.