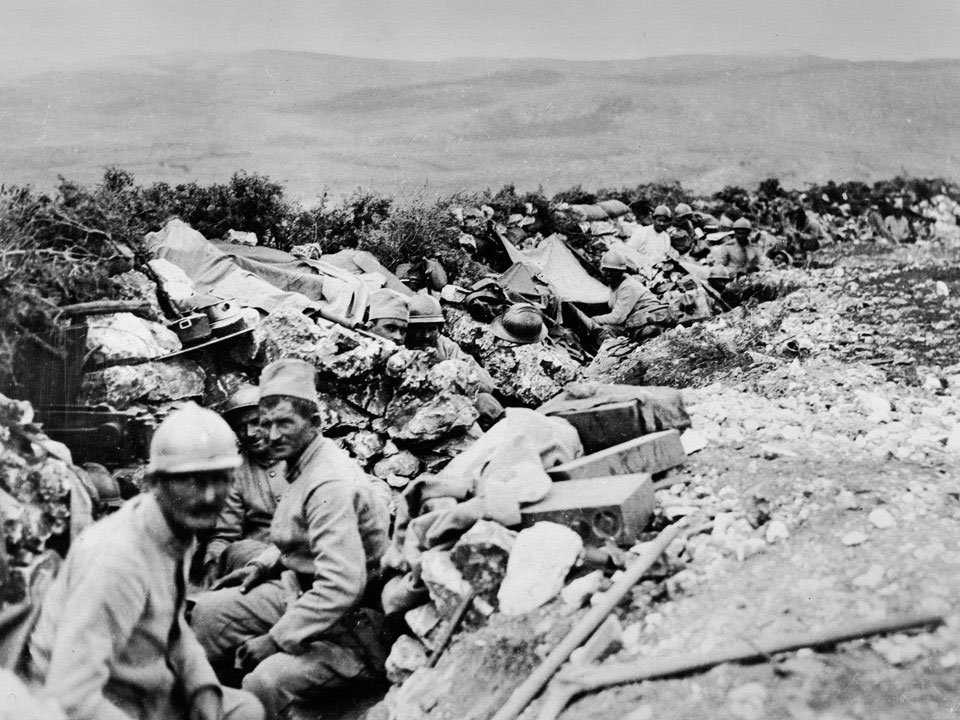 Serbians on the Balkan Front, September 1916

Serbian soldiers in a front line trench during the Battle of Kaymakchalan (12-30 September 1916) in Macedonia. During the latter engagement the Serbians attacked the peak of Prophet Ilia and pushed the Bulgarians back towards the town of Mariovo. Losses on both sides were high, with the Serbs sustaining around 10,000 casualties.

From a collection of nine World War One official photographs.