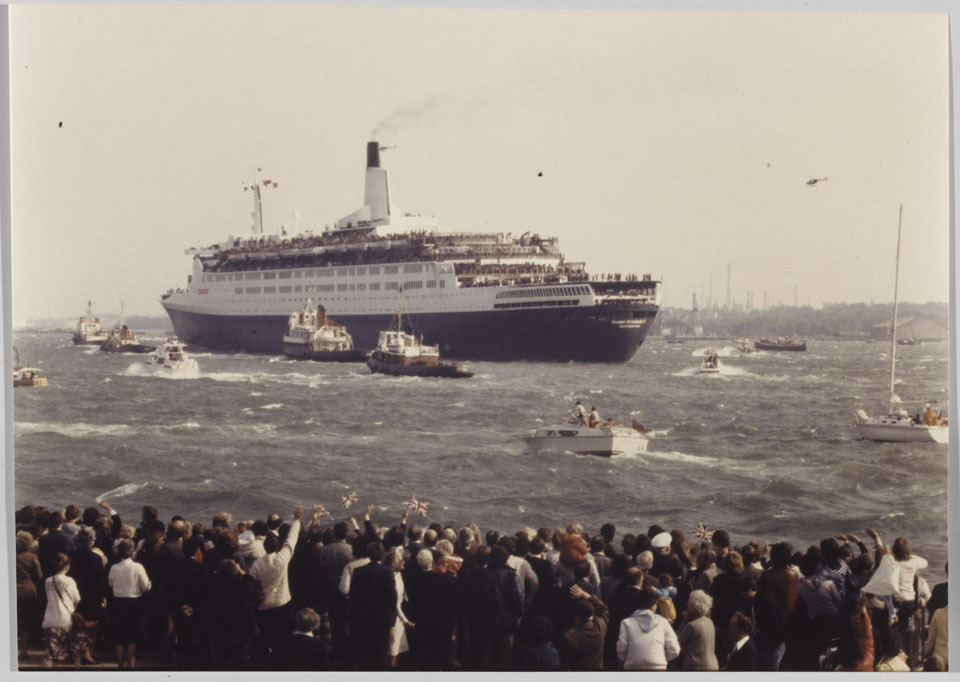 During the Falklands conflict the Cunard liner 'Queen Elizabeth II' was requisitioned as a troop tansport. On 12 May 1982 she set sail from Southampton with 3,000 troops aboard. Earlier, on 9 April, another liner, the SS 'Canberra', had also set sail carrying 3 Commando Brigade.