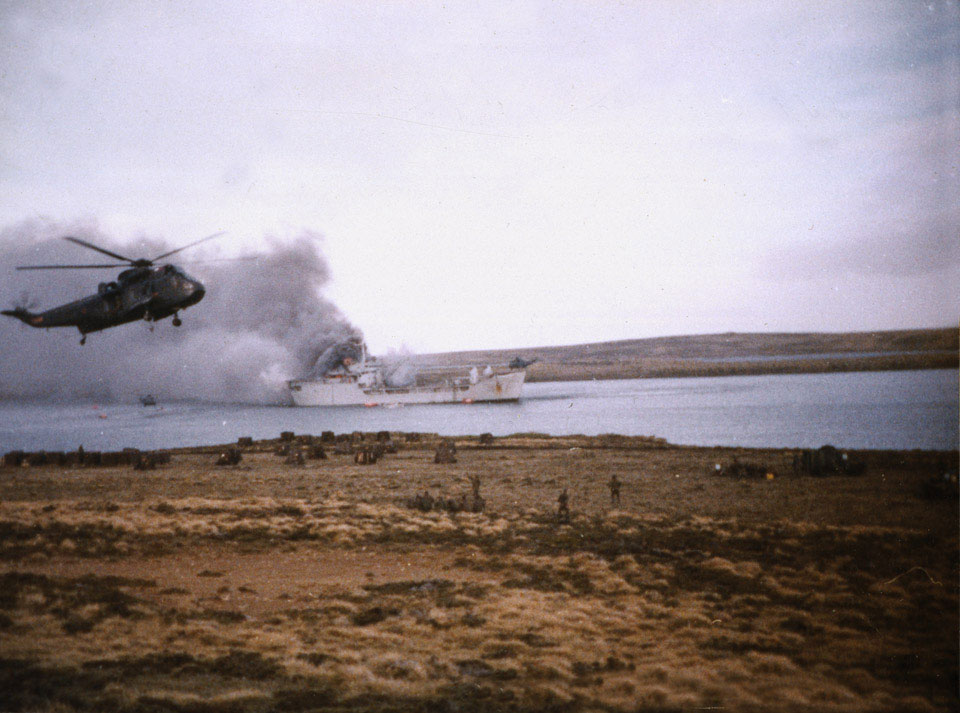 On 8 June an Argentine air attack took place on the transport ships 'Sir Tristram' and 'Sir Galahad' as they moved supplies and men of the Welsh Guards from San Carlos to Fitzroy and Bluff Cove. 43 men were killed and many more wounded.