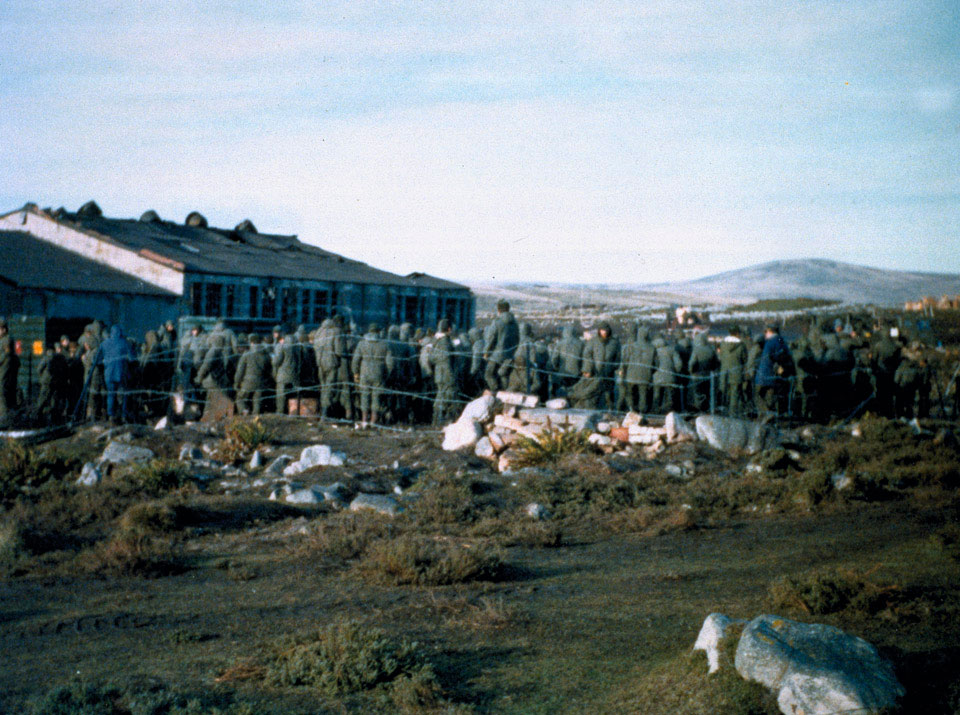 Argentine prisoners of war captured by British forces during the Falklands War of 1982. During Operation CORPORATE Ajax Bay, on the shore of San Carlos Water, was one of the landing points for the British ground forces. As well as a depot for Argentine prisoners Ajaz Bay was also the site of a field hospital for casualties.