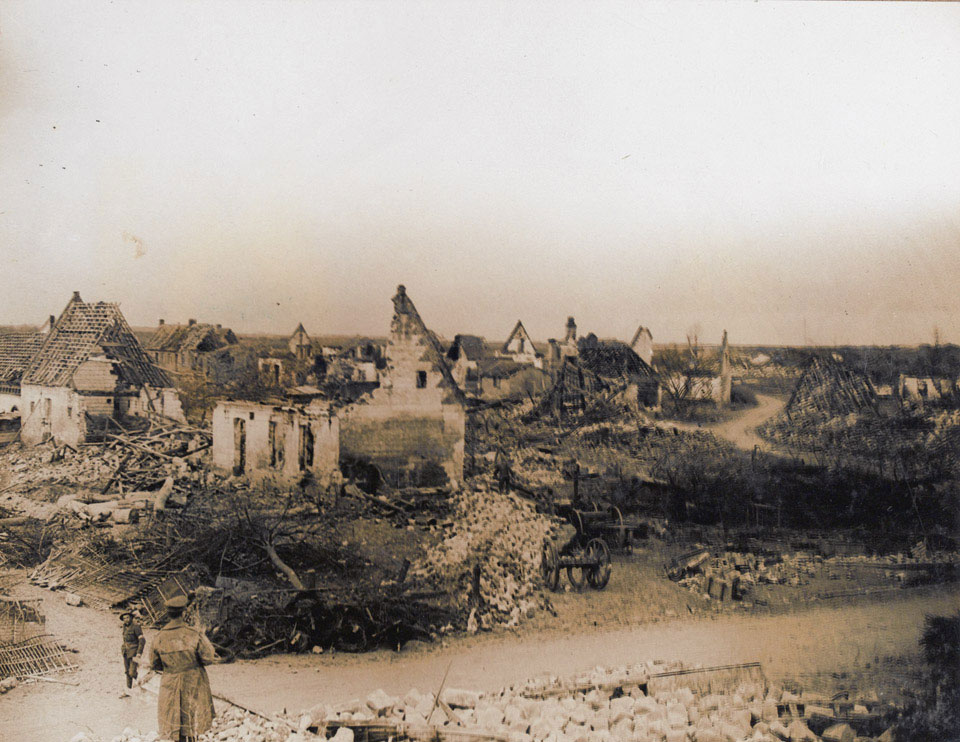 View of Boisleux-au-Mont after its capture, March 1917

The village of Boisleux-au-Mont, just south of Arras, was occupied following the German withdrawal to the Hindenburg Line. The 20th and 43rd Casualty Clearing Stations were subsequently established there, remaining until March 1918 when they were forced to retreat during the German Spring offensive.