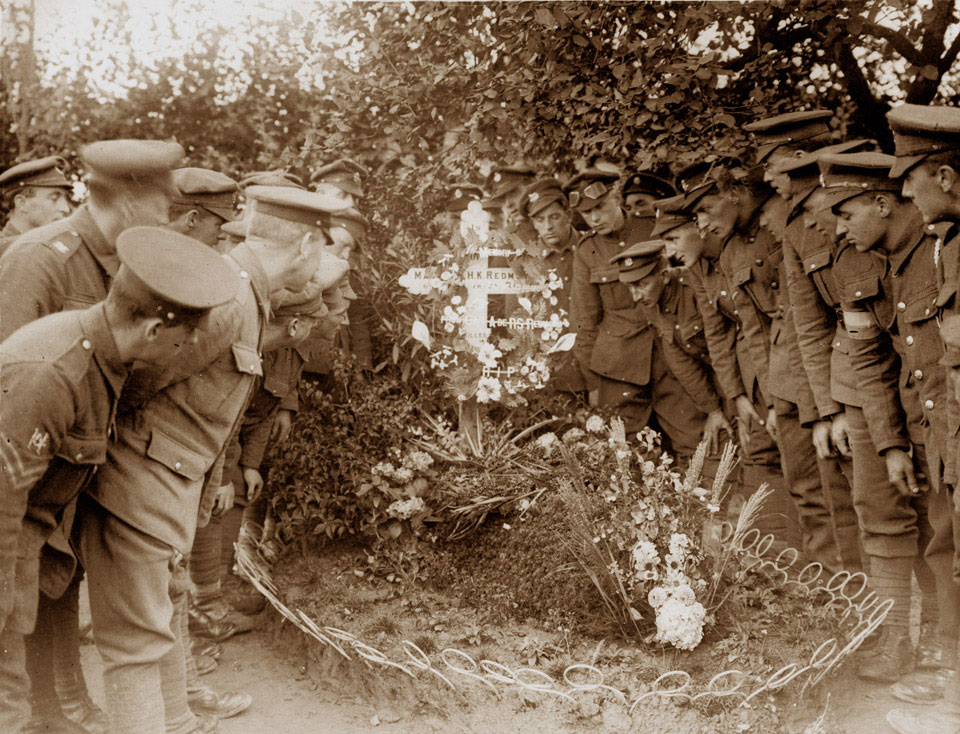 A deputation from Ireland visits the grave of Major Redmond at Locre, 21 September 1917

Major William Redmond (1861-1917) was a Member of Parliament (MP) for the nationalist Irish Party. Between 1883 and 1917 he served as MP for Wexford Borough, Fermanagh North and Clare East. A firm advocate of Irish Home Rule and land reform, he nevertheless supported the British war effort. Redmond called on Irish nationalists to join the British Army in the hope that this would strengthen the cause of later implementing the Home Rule Act after its suspension in 1914.

Redmond himself was commissioned into 6th Battalion The Royal Irish Regiment at the age of 53 and went to France with the 16th (Irish) Division. He was wounded on 7 June 1917 leading his men in an attack near Wytschaete during the Battle of Messines. Redmond was taken to the Casualty Clearing Station at the Catholic Hospice at Locre, but died later that day. Buried nearby, his grave was subsequently visited by many Irish nationalists and Unionists.