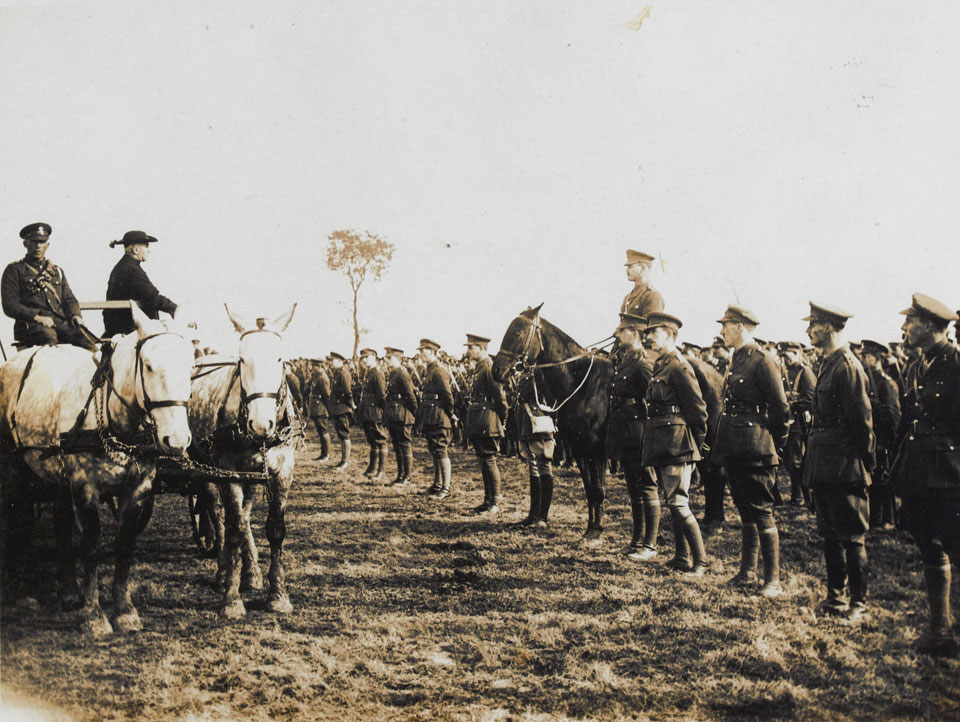 The cardinal is pictured addressing soldiers of the Royal Dublin Fusiliers. The regiment raised six battalions during the war in addition to the existing four. They served at home establishments, on the Western Front, at Gallipoli, in the Middle East and Salonika.