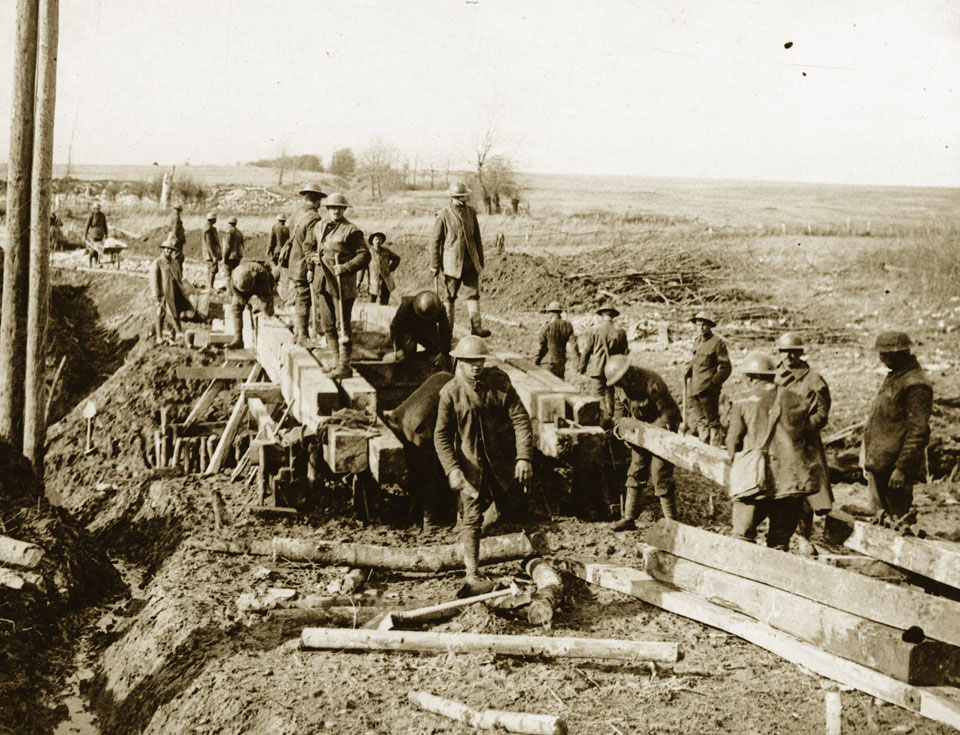 Without the Royal Engineers the British Army could not have prevailed on the Western Front. They kept the armies supplied by maintaining the railways, roads, water supply, bridges and operating rail and inland waterways transport. Royal Engineers also operated and repaired telephone and telegraph lines, wireless and other signalling equipment. They designed and built front-line fortifications, trenches and dugouts, and provided accommodation for men camped behind the lines. Engineers provided maps, performed demolition work and manufactured and repaired weapons. The Corps was also responsible for gas and underground warfare. Given these myriad tasks it is not surprising that the Royal Engineers expanded from about 25,000 men in 1914 to 315,000 in 1918.