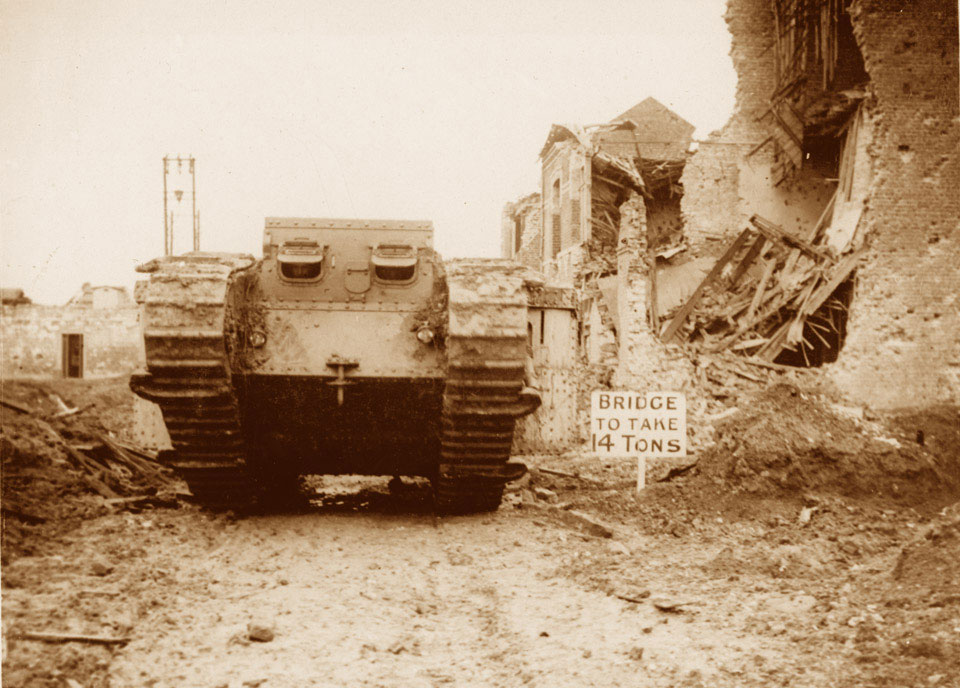 The Mark II tank 'Lusitania' of the 1st Tank Brigade moves forward along a ruined street in Arras. Over 50 Mark IIs took part in the Battle of Arras and several were knocked out by German gunners firing armour-piercing machine gun ammunition.