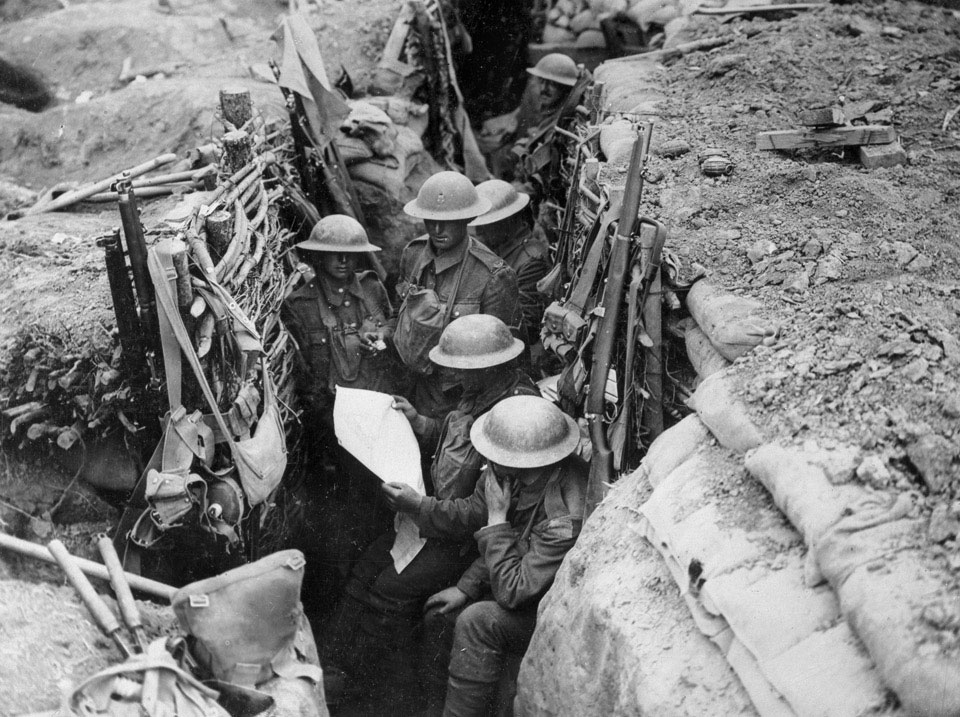 British soldiers catch up with the war news during a stint in the front line trenches. They wear the recently issued Brodie, or Mark I helmet. The Army had adopted this model of helmet in September 1915 but it was not until spring 1916 that it began to be issued to British troops in large numbers.