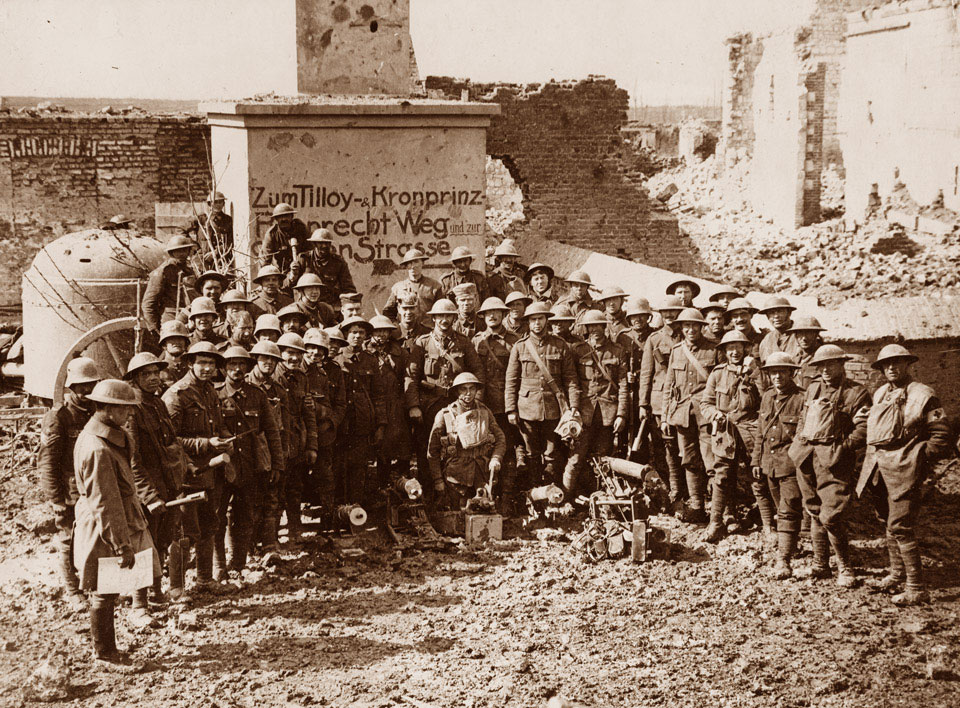 Tilloy-les-Mofflaines, south of Cambrai in France, was captured during the Battle of Arras on 9 April 1917. These men are from the 13th Battalion of The King's Regiment (Liverpool) and pose with captured machine guns in front of a German mobile pill box and concrete observation post. Tilloy was retaken by the Germans again in March 1918 during their Spring Offensive. It remained in German hands until August 1918.