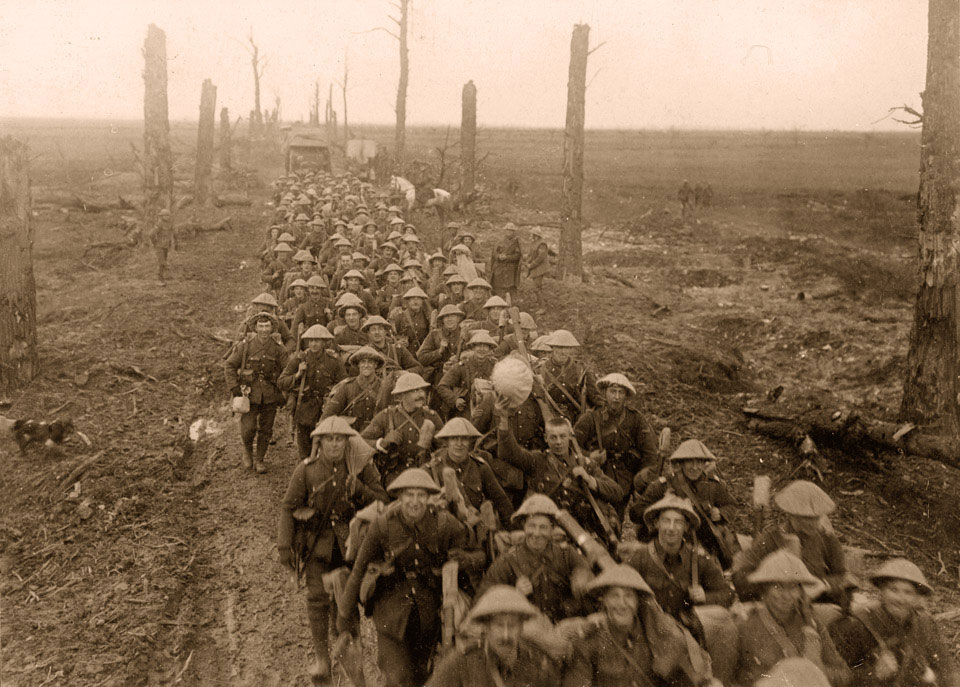 In August 1914 the Sherwood Foresters consisted of eight battalions. During the War the regiment expanded to 33 battalions, of whom 20 served overseas. Over 140,000 men from the counties of Nottinghamshire and Derbyshire served in the regiment during the war. The contingent pictured are marching along the Amiens-St. Quentin Road from Foucancourt.