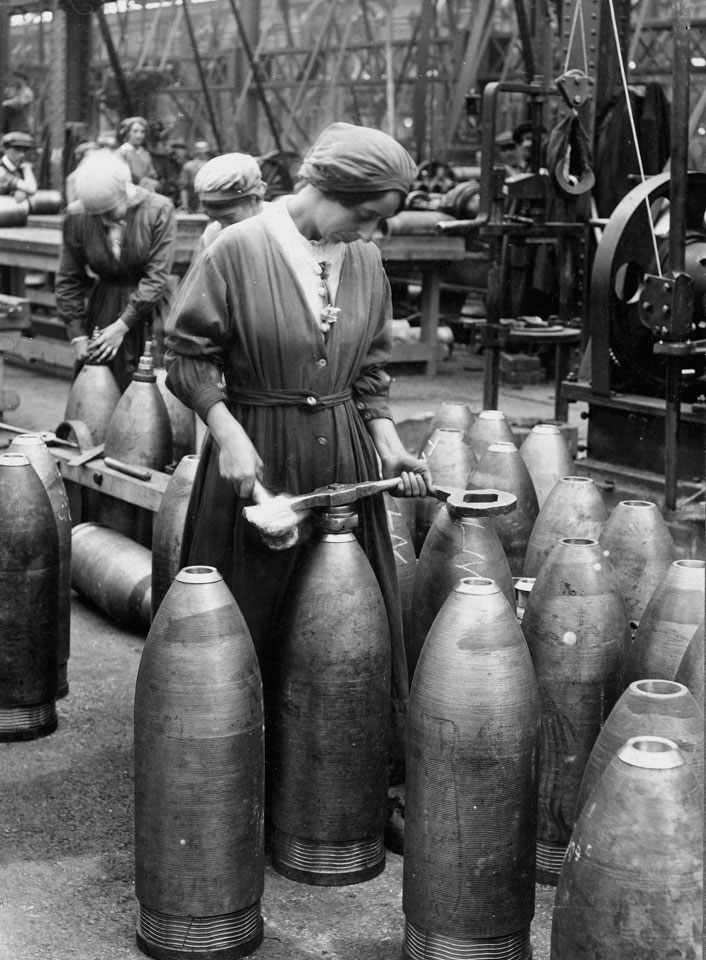 During World War One women volunteered for essential work in order to release men for service in the armed forces. Between 1914-1918, around two million women volunteers replaced men in employment. Many female munition workers suffered from the chemicals they worked with, which turned their skin yellow, prompting the nickname 'canaries'.