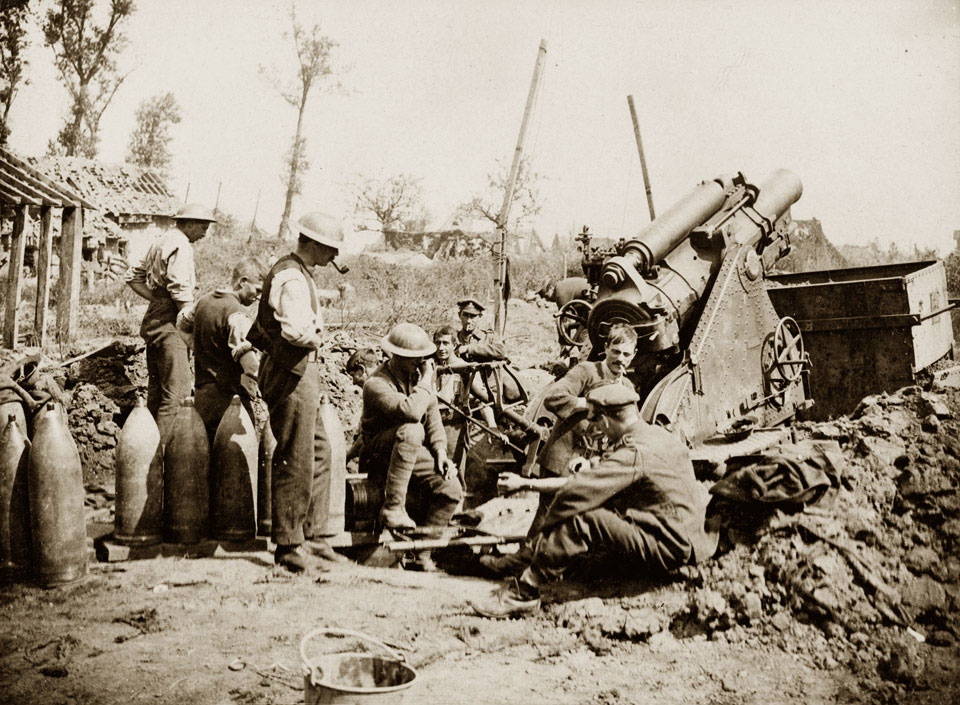 British gunners take a break during the bombardment of Zonnebeke, 1917 (c)

Artillery was the most destructive weapon on the Western Front. The ability to destroy enemy troop concentrations, wire, guns and fortified positions with artillery became key to any successful operation. The guns could fire shrapnel or high explosive shells, as well as poison gas.