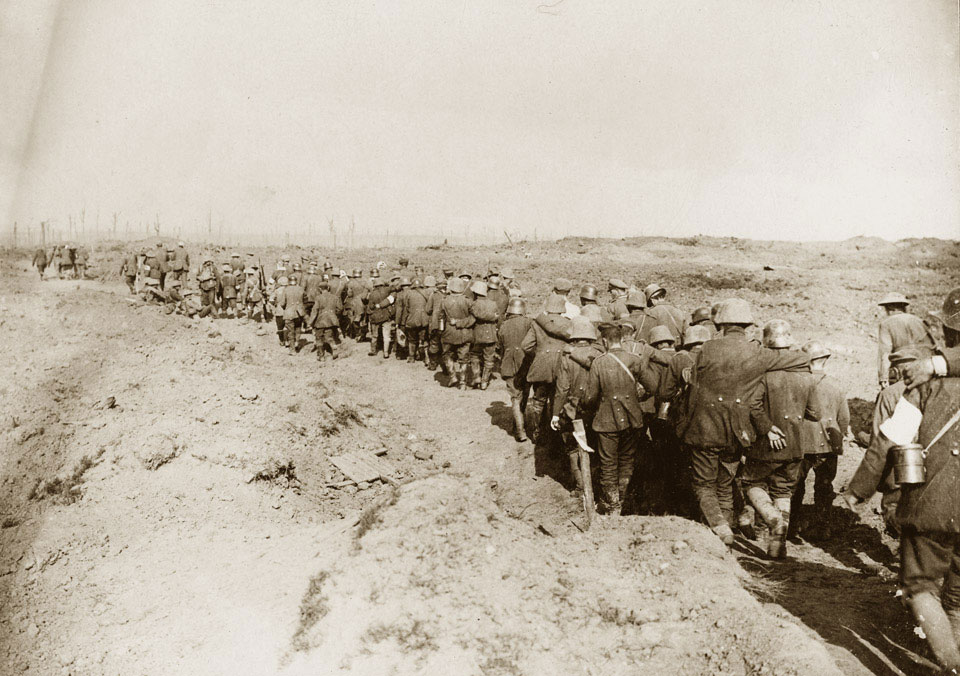 'German prisoners of war captured during the battle of the Menin Road', 1917

A major operation during the Third Battle of Ypres, the Battle of Menin Road (20-25 September 1917) witnessed the first use of General Herbert Plumer's 'bite and hold' strategy. After repeatedly trying to break through on a wide front and being halted by the deep German defence system, Plumer instead selected a small part of the German front line. This would be heavily shelled and then attacked in strength. The advancing troops would stop once they had penetrated 1,500 yards into the German lines. At this point they would dig in. When the German counter-attack was launched, instead of finding a mass of exhausted and disorganised men at the limit of the Allied advance, they would find a well organised defensive line still in range of supporting artillery.