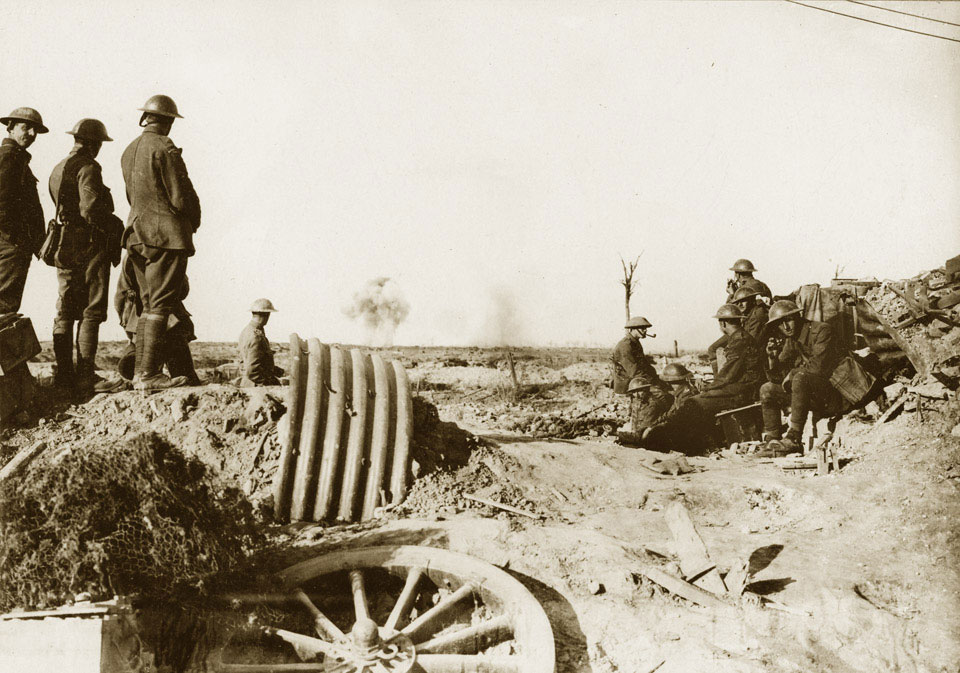 Soldiers watching distant shell-bursts on Pilckem Ridge during the Battle of Langemarck (16-18 August 1917). The latter engagement, part of the wider Passchendaele offensive, saw four days of fierce fighting which resulted in small gains for the British, but heavy casualties.