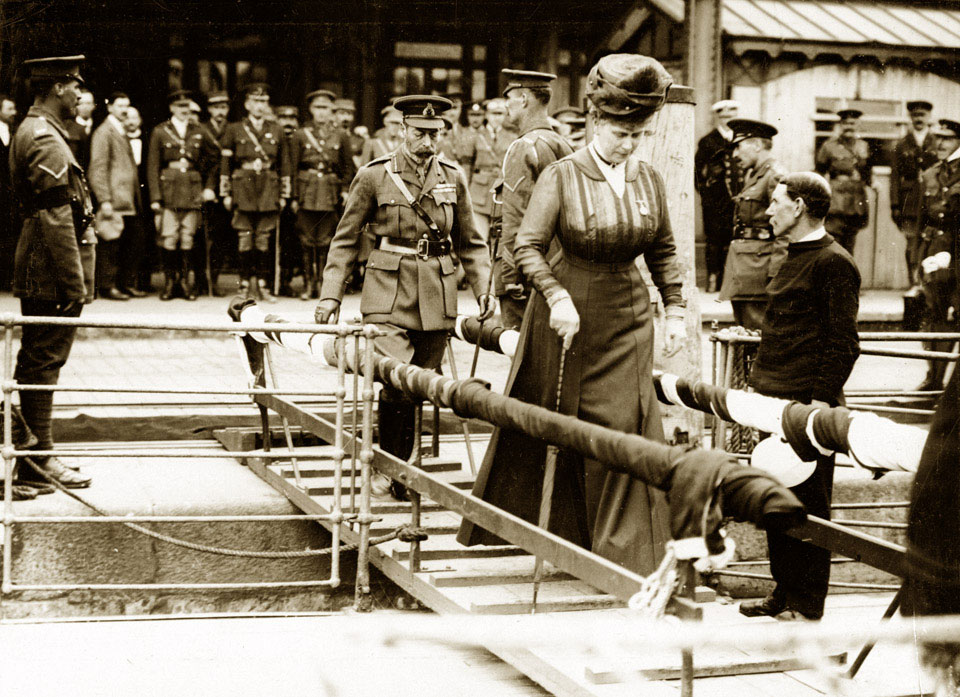 In July 1917, King George V and Queen Mary spent a fortnight visiting the Western Front . According to 'The Illustrated London News', the King spent a day with 'General Sir Herbert Plumer's Army on the scene of its great victory at Messines Ridge and Wytschaete Ridge. His Majesty wore Field Marshal's service uniform and a steel helmet - a necessary precaution in view of the fact that he was frequently within range of German shells. Some, indeed, fell not very far away, but the King was indifferent to danger.'