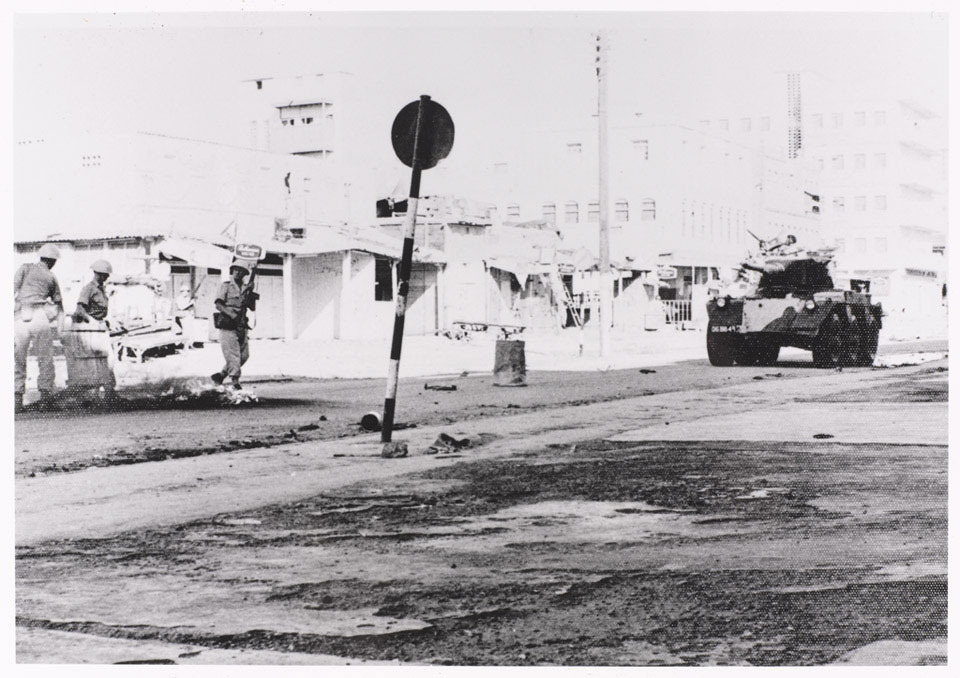 A Saladin armoured car patrols the Aden streets during a riot, 1967

Between 1964 and 1967 the 1st, 3rd and 4th Battalions of the Royal Anglian Regiment were deployed in Aden to suppress revolts by Arab nationalists in the mountainous Radfan region and an urban terrorist campaign in the port of Aden.