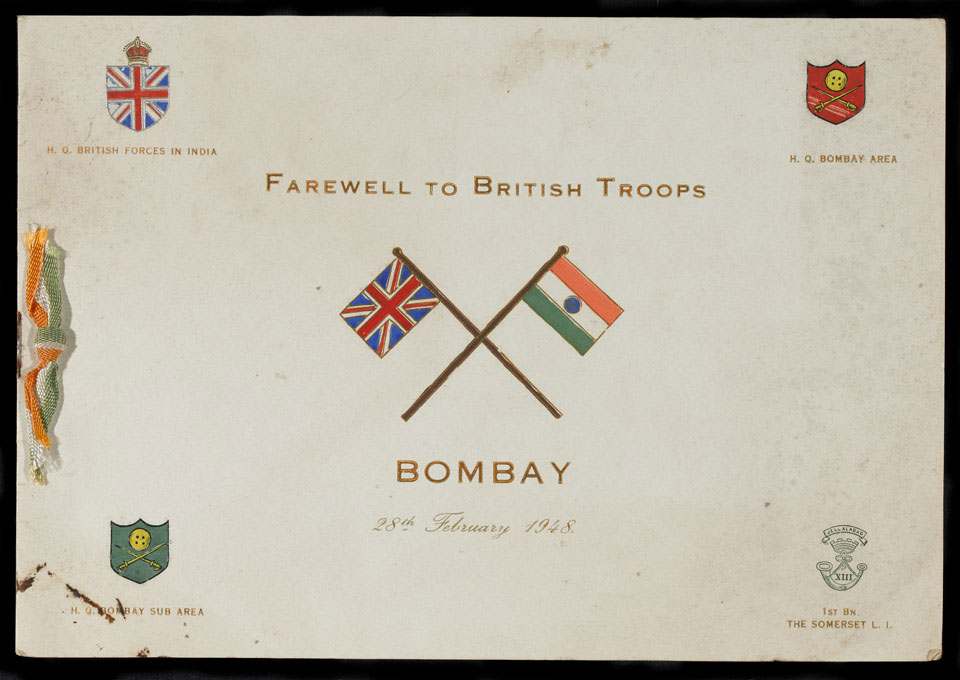 Programme for the final 'Farewell to British Troops', Bombay, 28 February 1948

Following the independence of India and Pakistan in August 1947, British Regiments were gradually withdrawn from the sub-continent. This included a well-planned and orderly withdrawal from Waziristan and other tribal regions of the North West Frontier. The last unit to leave India was the 1st Battalion, Somerset Light Infantry (Prince Albert's) which embarked at Bombay on 28 February 1948.