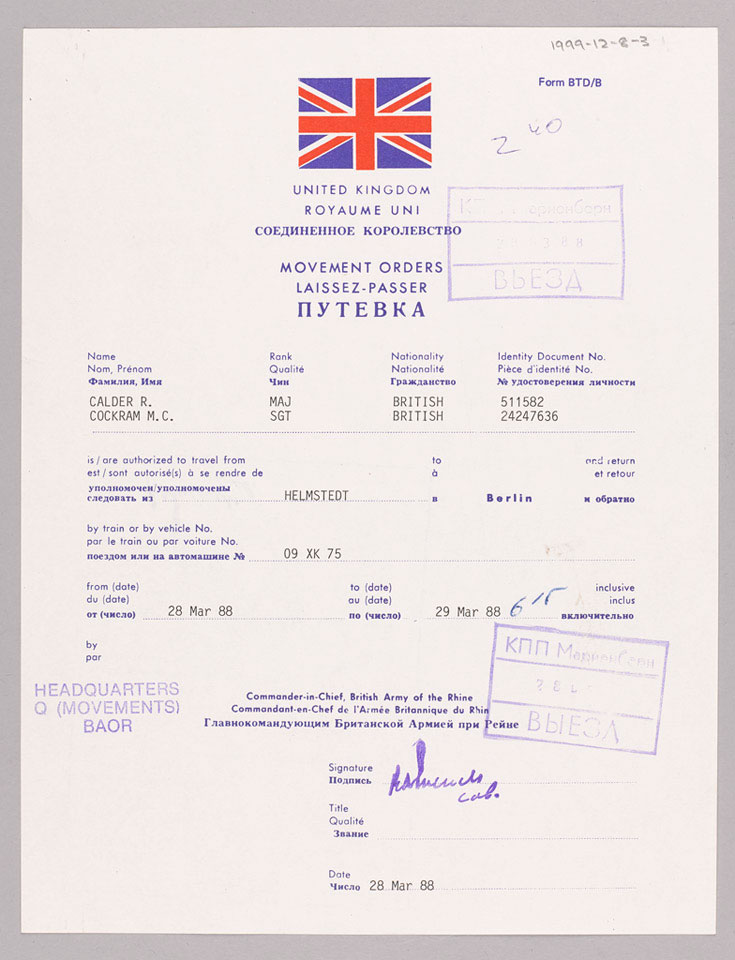 Completed movement order from a Helmstedt to Berlin Travel Pack, 28 to 29 March, 1988

After the end of the Second World War in 1945, the victorious Allies divided a defeated Germany between them. They replicated the process in Berlin, where Britain, the US, the Soviet Union and France each took control of a section of the city.

As the Allies descended into the Cold War, Berlin's position deep inside the Soviet Zone of Germany was precarious. Yet, unwilling to provoke the other and be seen as an aggressor, the rituals and courtesies of the immediate aftermath of the Cold War were preserved. This meant granting access up the road corridor through Soviet East Germany that linked Helmstedt, in the British Zone, with West Berlin - the Allied island in a Soviet sea.

Movement was strictly controlled, and was heavily regulated by paperwork. Forms such as this needed to be filled out in triplicate, and approved by the Soviets, before any movement could take place.