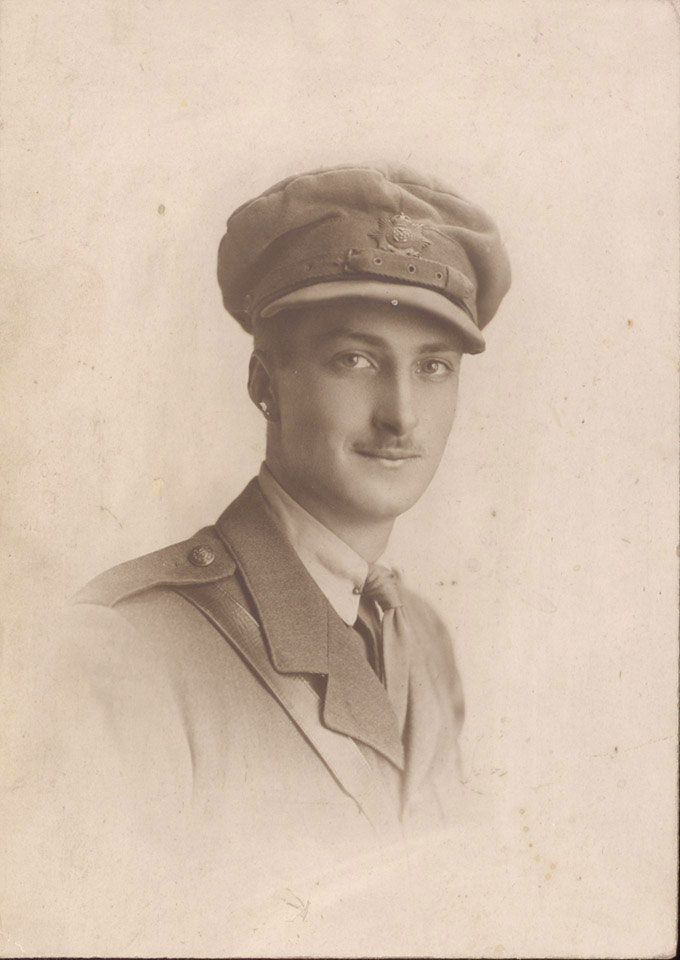 Hall was commissioned as second lieutenant on 9 June 1915 and posted to the 13th (Reserve) Battalion The Hampshire Regiment. In March 1916 he transferred to the 2nd Hampshires in Egypt. The following month he journeyed to France and entered the line near Belle Eglise on 25 April 1916.

Hall's battalion then transferred to the Somme, taking part in several engagements including the Battle of Le Transloy (1-18 October 1916). In January 1917 Hall was attached to 455th Field Company, Royal Engineers, for three months, before taking part in the fighting at Monchy-le-Preux during the Battle of Arras (9 April-16 May 1917).

In June 1917, whilst on leave in the Britain, Hall was admitted to the 3rd Northern General Hospital in Sheffield for an operation. Following convalescence in Harrogate he joined the 3rd (Reserve) Battalion of the Hampshires at Gosport, spending the remainder of 1917 stationed there.

Posted to Egypt again, Hall arrived in Alexandria in February 1918 and was posted to 2/5th Battalion The Hampshire Regiment, serving in Palestine with 75th Division. In April 1918 his battalion suffered heavy casualties during the Battle of Berukin (9-11 April 1918). Following the disbandment of the 2/5th Battalion in August 1918 he was attached to 496th Field Company, Royal Engineers, and then to the Royal Engineer headquarters staff of 7th (Meerut) Division, going on to serve at the Battle of Meggido (19-25 September 1918).