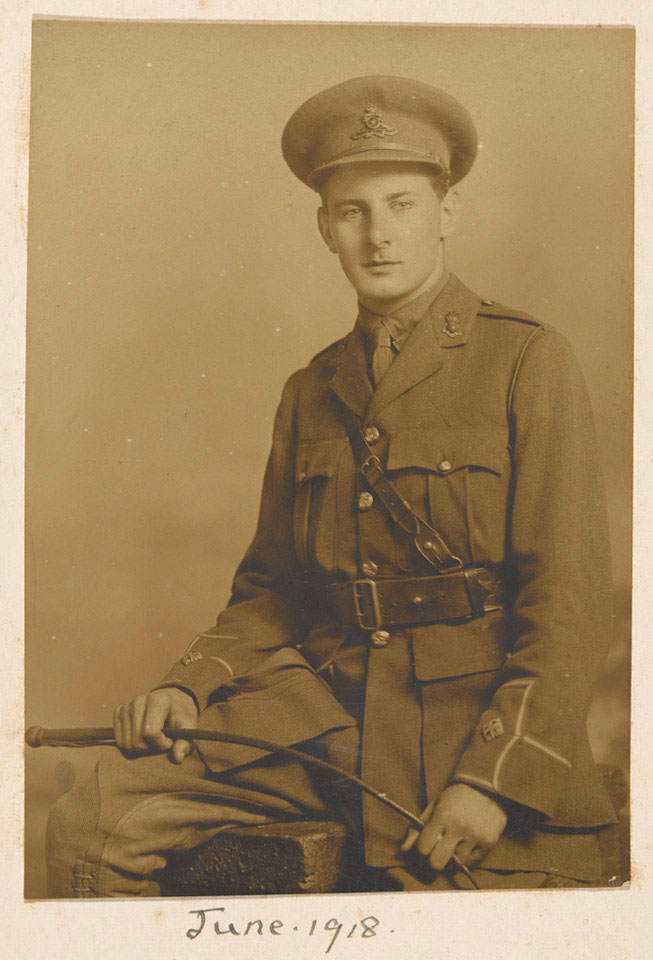 Second Lieutenant Noel Everard Evans was commissioned into the Royal Field Artillery (RFA) in June 1918. He arrived in France at the end of September and served alongside his brother Morgan in the 27th Brigade, RFA. On 4 November 1918, a week before hostilities ended, Noel Evans was wounded by splinters from a shell. He died on the morning of 11 November 1918, just as the Armistice was being signed. The letters that Noel's family wrote shortly afterwards express their deep sorrow at the tragic timing of his death.