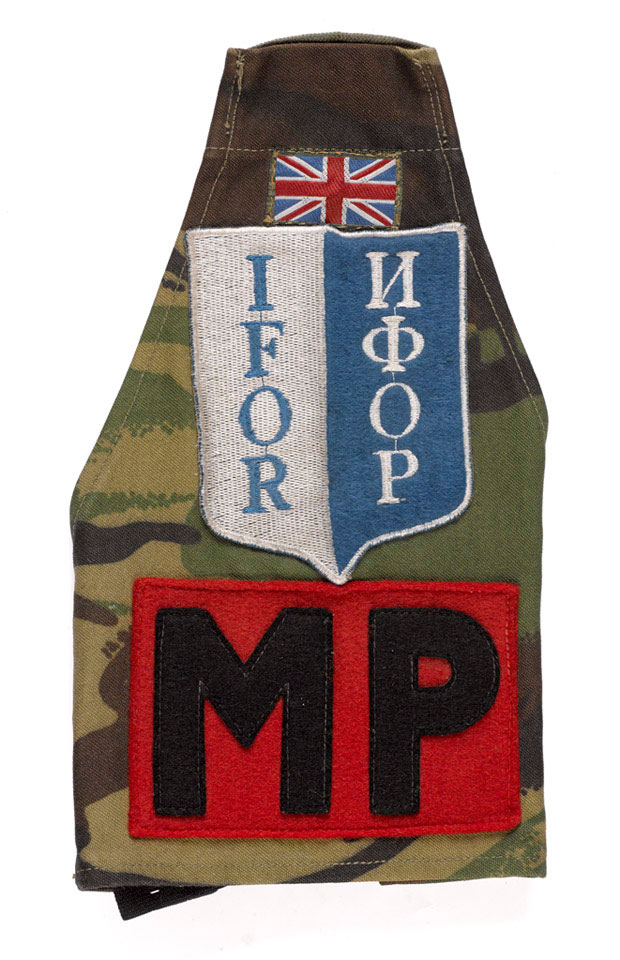 This cotton drill arm band was worn by Captain Andrew Banks whilst serving as second-in-command of 101 Military Police Unit (IFOR) in Bosnia and Croatia during Operation RESOLUTE I. The cloth shield-shaped badge bears the initials 'IFOR' and their equivalent in Cyrillic characters on a blue and white background.

A NATO peace implementation force, IFOR was formed at the end of 1995. It known as IFOR replaced the United Nations Protection Force (UNPROFOR). Its task was to ensure that the three factions of the Bosnia War (1992-1995) adhered to the terms of the Dayton Peace Accord.

IFOR enforced restrictions on the size, movement, training and weaponry of the factions' armies. It also supported the International Police Force and the UNHCR in their work as well as providing a secure environment in which elections could take place. The British IFOR contingent formed part of Multi-National Division South West which had its headquarters in Serb-held Banja Luka.