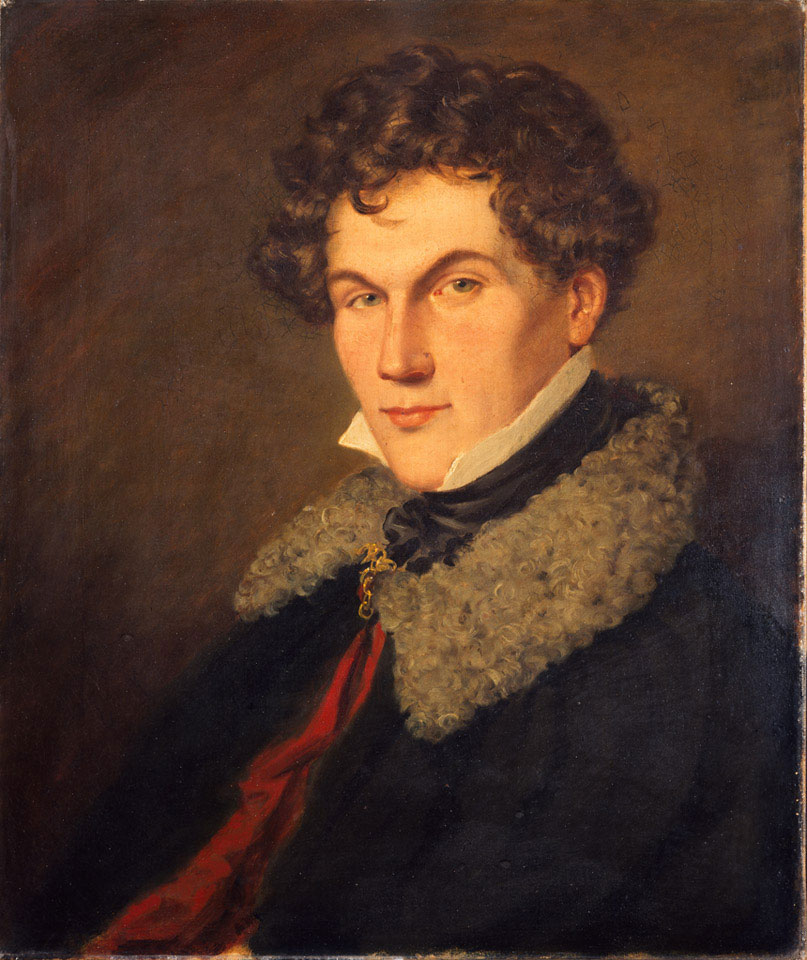 Henry Lawrence is best remembered as 'Lawrence of Lucknow' for organising the defence of the Residency at Lucknow during the Indian Mutiny (1857-1859). He died there on 4 July 1857 from wounds received during the siege.

Commissioned into the Bengal Artillery in 1822, Lawrence arrived in India in 1823. The following year he took part in the capture of Arakan, Burma, but in 1826 he succumbed to malarial fever. He returned home to England on sick leave, and there sat for this portrait.

Lawrence returned to India in 1829, and in 1833 was appointed Assistant Revenue Surveyor in the North-Western Provinces, becoming Surveyor in 1835. He continued non-military duties as Resident in Nepal (1843) and then Lahore (1846). Despite his opposition to the annexation of the Punjab in 1849, Lawrence was appointed President of the Board of Administration for the region. The board comprised of two other members with plenary authority, C G Mansell and Henry's brother, John Lawrence. In 1852 Henry resigned after quarrels with his brother over the government of the Punjab. He became agent to the Governor-General in Rajputana in 1853 and chief commissioner and agent to the Governor-General in Oudh in 1856. Arriving in Lucknow in March 1857 to take up his new duties, Lawrence found the region in a state of discontent. He did much to redress local grievances, but took the precaution of organising the town's defences.

An able and far-sighted administrator, Lawrence was also an influential writer and military reformer who became a legend in his own lifetime. It was characteristic that he wanted the simple epitaph 'Here lies Henry Lawrence, who tried to do his duty'.