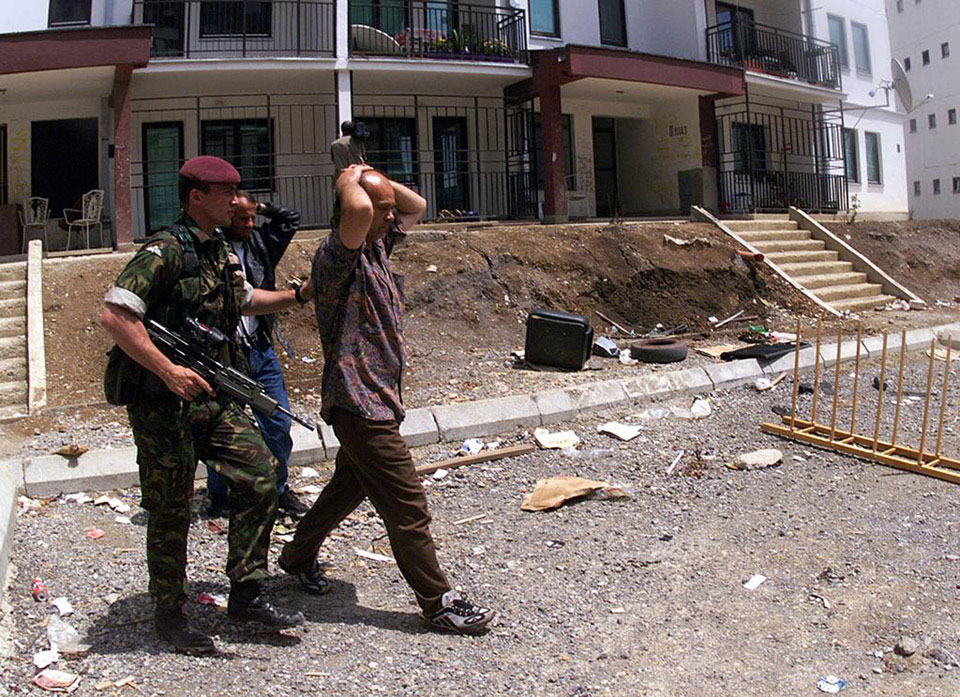 Rounding up suspects in Pristina, 1999

British troops first entered Kosovo with other NATO troops on 12 June 1999 under the command of Lieutenant General Sir Mike Jackson. After the Parachute Regiment and the Royal Gurkha Rifles had secured the Kacanik Gorge, the King's Royal Hussars and the Irish Guards Battle Group passed through it and headed for Pristina, entering the town in force early on 13 June. They were later joined by members of the Parachute Regiment, who were brought in by helicopter.