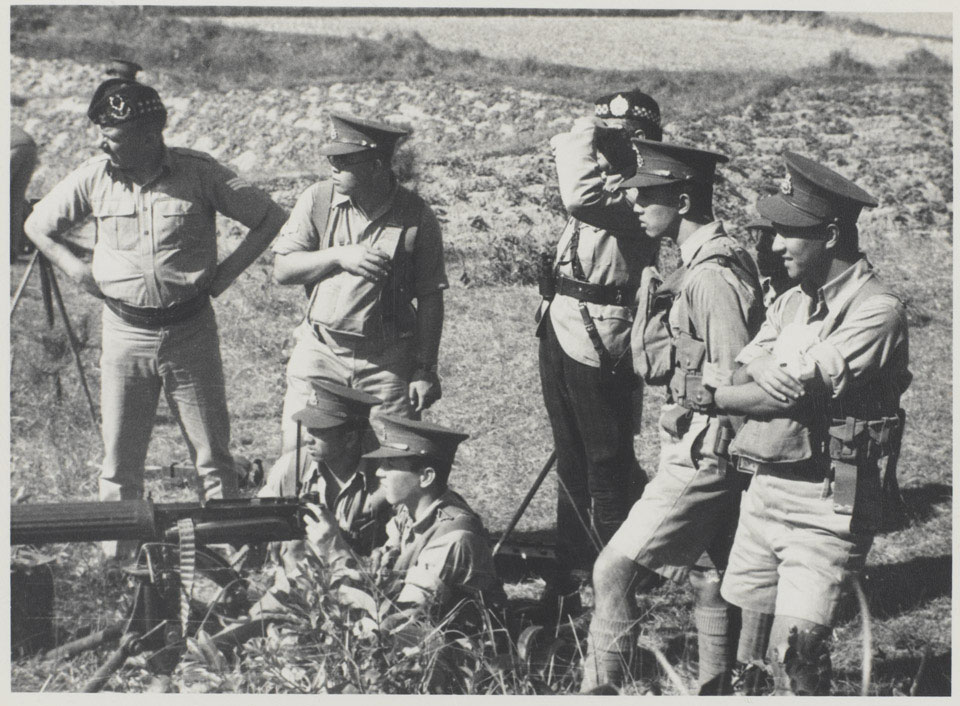 An NCO from the Seaforth Highlanders and an officer watch Chinese members of the Hong Kong Volunteer Defence Corps fire a Vickers Machine Gun. Formed in 1920 from existing volunteer units, the Defence Corps allowed regular Army units previously tied-up on garrison duty to be deployed elsewhere. In 1941 many of its members were killed or captured during the Japanese invasion of the colony. Some, however, made their way into China to assist the Chinese Government in its struggle against the Japanese.

From a collection of 69 photographs relating to the Hong Kong Volunteer Defence Corps, 1924-1938.