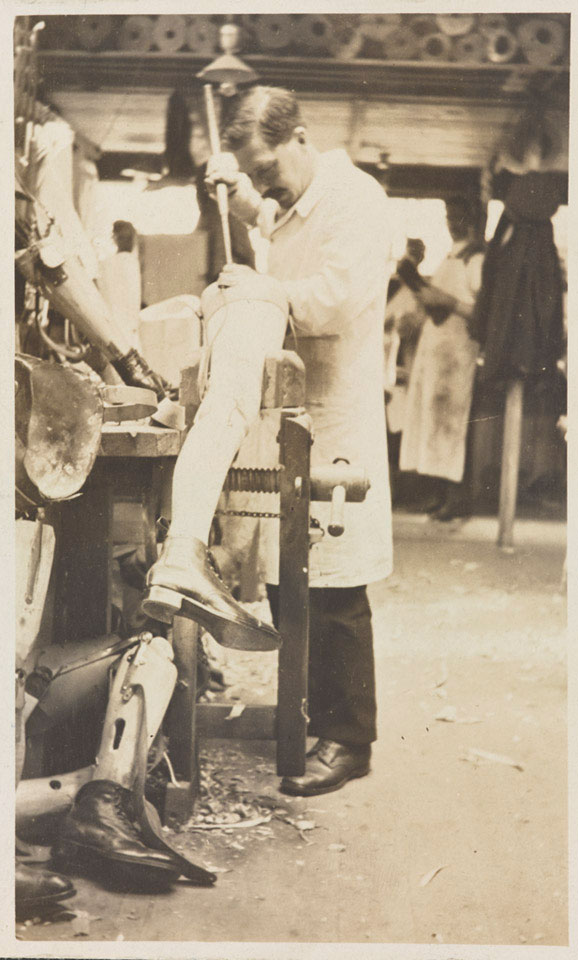 Cyril Edwards (1893-1978) a member of the 2/7th Battalion The Prince of Wales's Own (West Yorkshire Regiment) was wounded in action in July 1917 when he stood on a hand grenade to save the life of a non-commissioned officer. Edward's foot was blown off, but he became the first officer to receive and survive a blood transfusion at a front line hospital. He was awarded the Distinguished Service Order (DSO) for his bravery. Edwards was sent to Queen Mary's Convalescent Auxiliary Hospital, Dover House to convalesce in 1918.

Queen Mary's Hospital was set up in 1915, centred on Roehampton House in south west London which had been requisitioned by the War Office. It was primarily used for convalescence and rehabilitation of service personnel who had lost limbs during World War One (1914-1918). It opened on 28 June 1915 with Queen Mary as its patron. Thousands of officers and men were treated at Roehampton House and the neighbouring Convalescent Auxiliary Hospital at Dover House. Major American prosthetic limb companies, J E Hanger, J F Rowley and A A Marks, were invited to set up workshops. With the aid of a public appeal in 1916, Roehampton became a centre for prosthetic limb design and fitting. Edwards had a prosthetic limb made at the workshops at Roehampton in 1918.