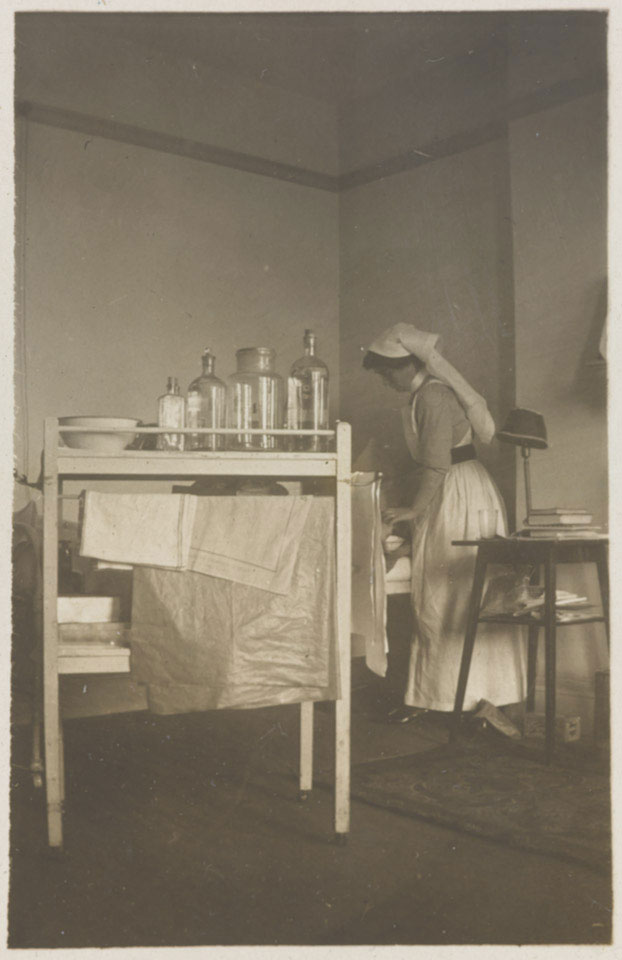 Edwards was admitted to Endsleigh Palace Hospital on Gordon Street in London between September and November 1917. Like many British hospitals for wounded servicemen, it was formerly a hotel, and had been requisitioned specifically for the treatment of injured officers in 1915. It closed in 1919 and is now the University College London Union.