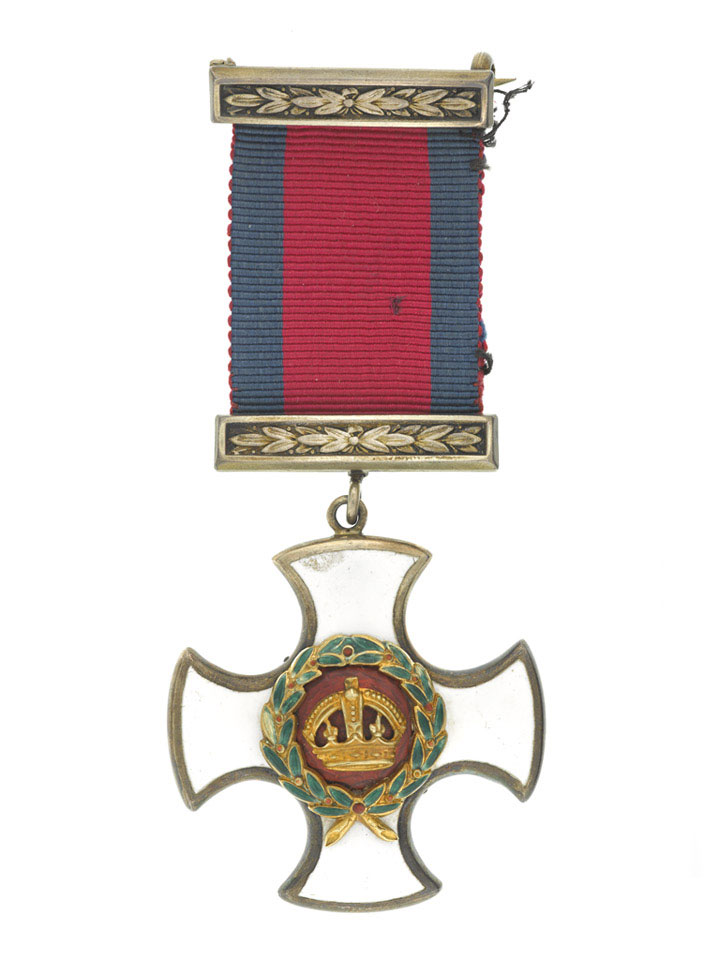 Silver-gilt alisee cross enamelled in white with gold edges, with a central roundel in red enamel with a gold royal cypher, surrounded by a gold and green enamelled wreath. The medal hangs from a gilt ring and suspension bar with laurel leaves and the red and blue ribbon is fixed with a second bar.

Edwards was serving with 2/7th Battalion The Prince of Wales's Own (West Yorkshire Regiment) when in July 1917 he was awarded the Distinguished Service Order (DSO) for saving the life of a non-commissioned officer. He did this by putting his foot on a hand grenade that had landed nearby and subsequently exploded. Edward's foot was blown off, but he became the first officer to receive and survive a blood transfusion at a front line hospital.

The Distinguished Service Order (DSO) is a British military decoration, given to recognise meritorious and distinguished service by officers. It was instituted in the reign of Queen Victoria in 1886. From 1993 the award was open to all ranks.