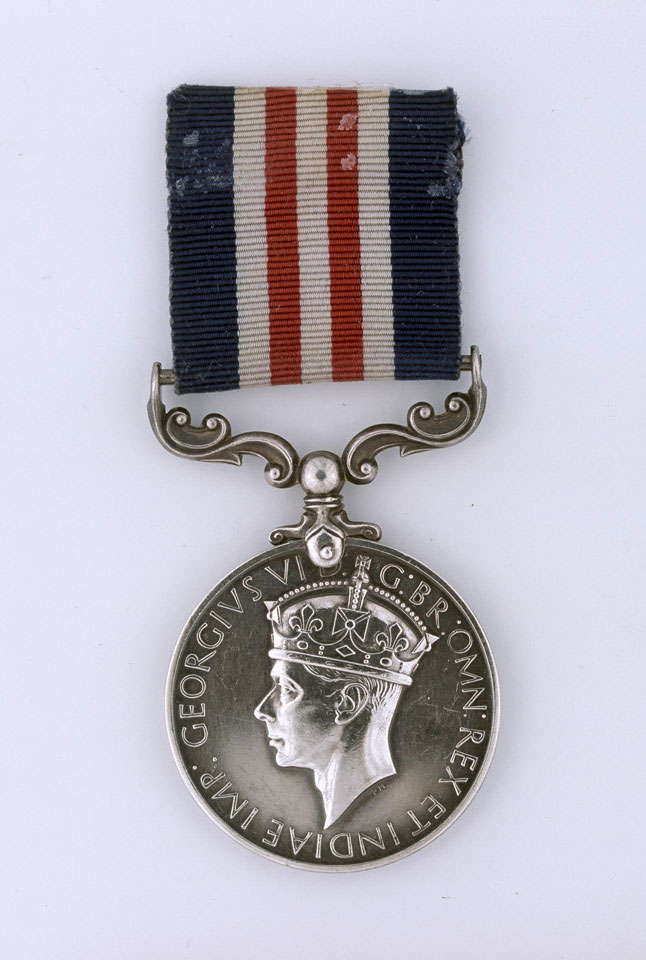 Circular, silver medal with portrait of King George VI (first type), on the obverse. On the reverse is the inscription, 'For Bravery in the Field', encircled by a wreath and surmounted by a royal cypher and crown. The medal is suspended by a red, white and dark blue striped ribbon.

Chambers was awarded the Military Medal for leading an SBS patrol in an action centred on the village of Megara Pevro, near Athens. The 11 man patrol used an armoured car to hold the village against German forces attempting to encircle it.

Chambers joined the Army in 1932, serving in India for four years. At the outbreak of World War Two, while serving in the Royal Armoured Corps in the Near East, Chambers was recruited into the special forces. Following victory in North Africa, SBS and Long Range Desert Group personnel were transferred to the Aegean where they took part in a series of raids. In July 1944 during a raid on Crete, Chambers led one of a number of demolition teams attacking German fuel and ammunition dumps. SBS units went on to serve in Italy and take part in the liberation of Greece and it was in the latter campaign that Chambers won his Military Medal. Chambers went on to be mentioned in despatches in 1945.

The Military Medal was a gallantry award for other ranks, established in 1916 (backdated to 1914, the beginning of the First World War) and discontinued in 1993.