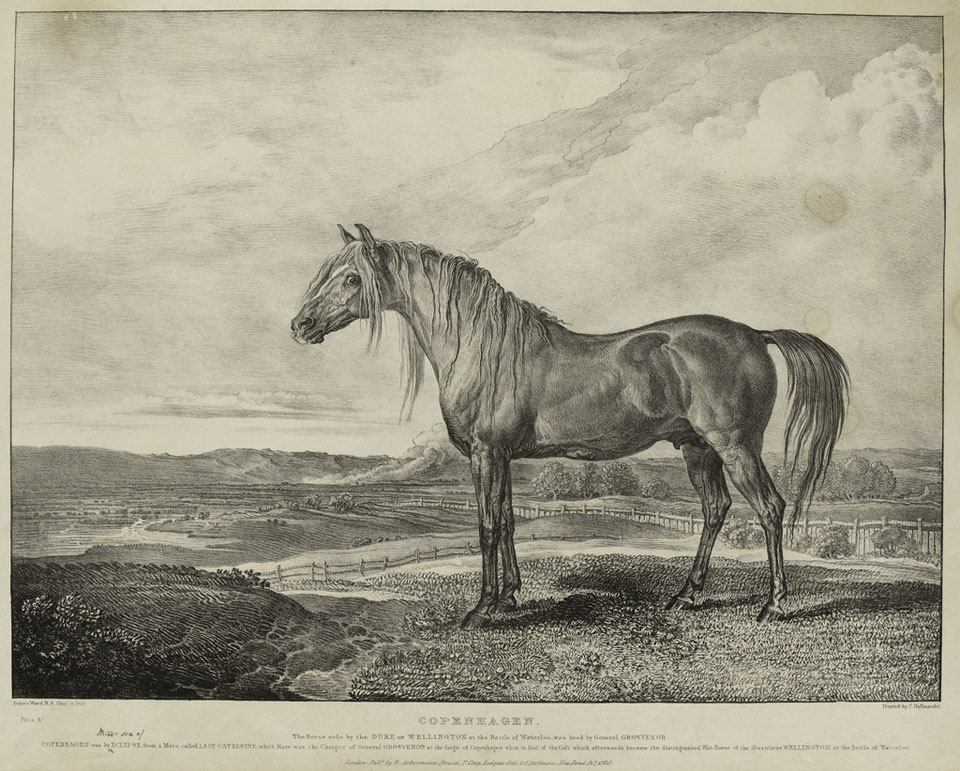 'Copenhagen The Horse rode by the Duke of Wellington at the Battle of Waterloo, was bred by General Grosvenor', 1824 (c)

Lithograph, by and after James Ward RA, 1824 (c), printed by C Hullmandel and published by R Ackermann 1825.

Wellington's horse was named after the Copenhagen campaign of 1807. Born in 1808, he was a chestnut stallion of 15 hands. He was sired by 'Meteor', who was second in the 1786 Derby. A failed race horse, 'Copenhagen' was shipped off to Spain during the Peninsular War and it was here that he was purchased by General Sir Arthur Wellesley in 1813. Having served his master at Waterloo in 1815, 'Copenhagen' lived until 1835. He was buried with full military honours at Stratfield Saye.