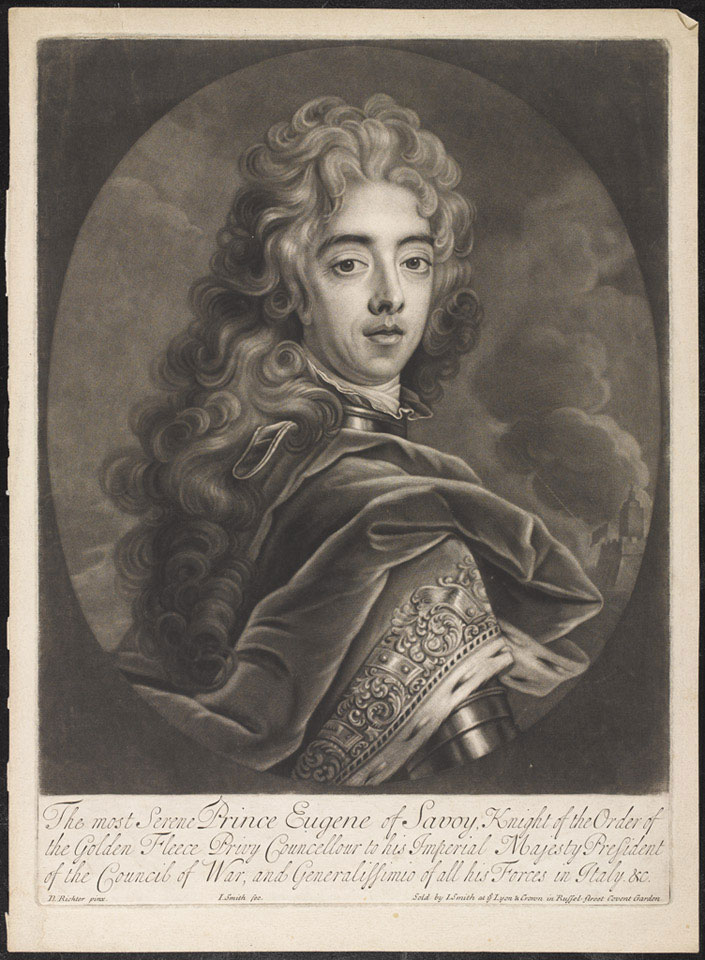 Eugene of Savoy (1663-1736) was an Austrian Hapsburg soldier who became one of the most successful military commanders in European history. Veteran of dozens of battles against the Ottomans and French during his five decades of service, Eugene also forged a formidable partnership with the British Army's Duke of Marlborough during the War of the Spanish Succession (1701-1714).