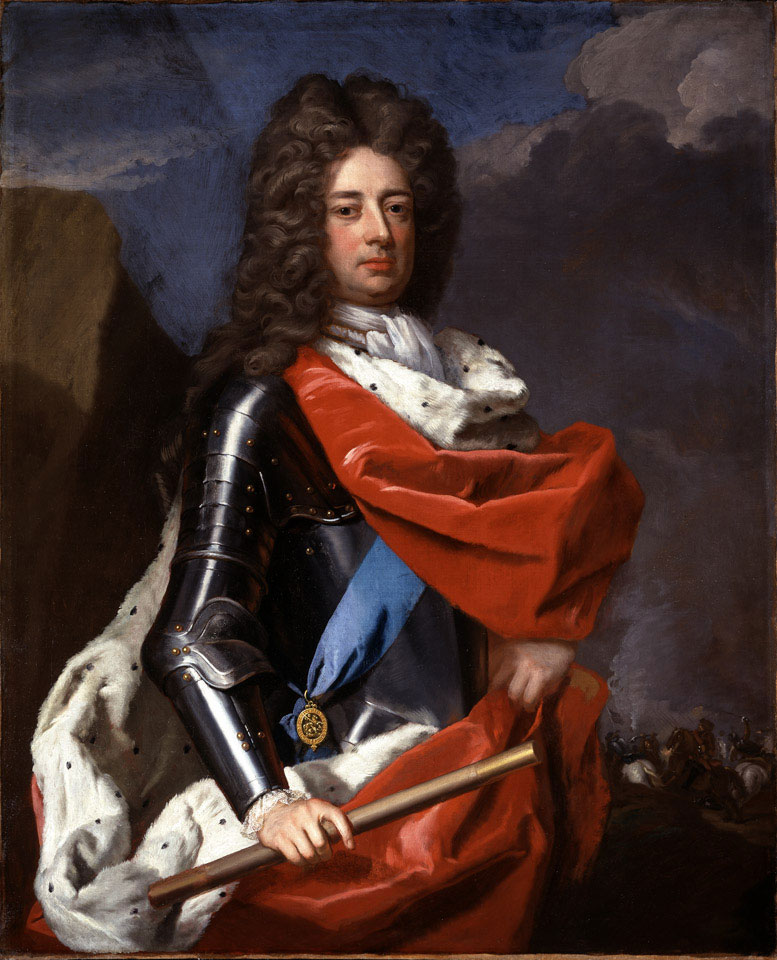 John Churchill, 1st Duke of Marlborough (1650-1722), was arguably one of Britain's greatest military commanders. However, his successful career was not only due to his talents as a soldier but also as a result of politics and patronage. In 1685, John Churchill vowed loyalty to King James II but, unhappy with the King's Roman Catholic policies, he transferred his allegiance to William of Orange. He was instrumental in the success of William's Protestant 'Glorious Revolution' in 1688. As a reward, he was raised to the earldom of Marlborough two days before the coronation of William and Mary. Yet three years later, he opened negotiations with the exiled James II. For this he was deprived of all his offices and was imprisoned for a short period.

Following the death of Queen Mary II in 1694, Marlborough gradually regained favour. He was helped by his wife's friendship with Princess Anne, who became Queen in 1702. Soon after, Marlborough was made a Knight of the Garter, Captain-General of the English Forces and Master-General of the Ordnance. This portrait shows him wearing the Lesser George and the Sash of the Order of the Garter.

During the War of the Spanish Succession (1702-1713), Marlborough led British and Allied troops to a succession of victories over the French. His most famous triumph was the Battle of Blenheim (1704), after which he named Blenheim Palace, his stately home in Oxfordshire. Marlborough's victories in this campaign secured his reputation as Britain's ablest general and the British Army was proved a formidable military force.