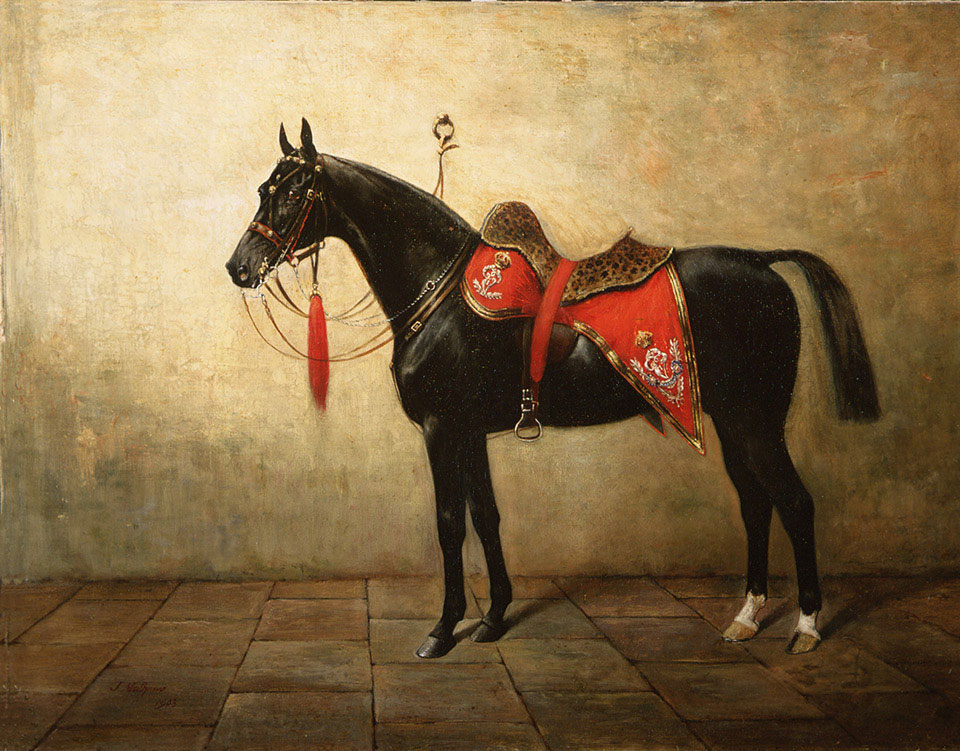 'Black Prince' was a charger that belonged to Mathews when he was a major in the Royal Gloucestershire Hussars. He is shown here in regimental livery when he was stabled in Knightsbridge. Mathews was a captain in the Middlesex Yeomanry from 1880 and a captain in the Royal Gloucestershire Hussars from 1894, an Honorary major from 1895 and he is last mentioned in the Army List of September-October 1901.