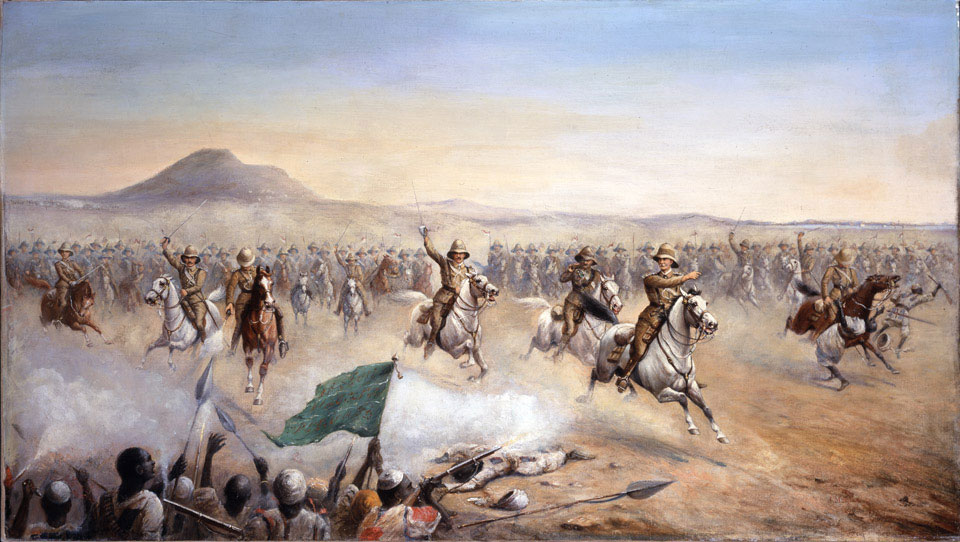 The Charge of the 21st Lancers at Omdurman, 2 September 1898

During the Battle of Omdurman, the 21st Lancers charged what they thought was a small group of Dervishes blocking the British Army's route to the settlement. In fact, thousands of Sudanese warriors lay hidden in a depression in the desert. The Lancers had to ride straight through and after a fierce clash, drove them back. During the engagement three Victoria Crosses were won. The 21st lancers lost five officers and 65 men. Winston Churchill was one of the officers who survived the charge.

Mathews was a captain in the Middlesex Yeomanry from 1880 and a captain in the Royal Gloucestershire Hussars from 1894, an honary major from 1895 and he is last mentioned in the Army List of September-October 1901.