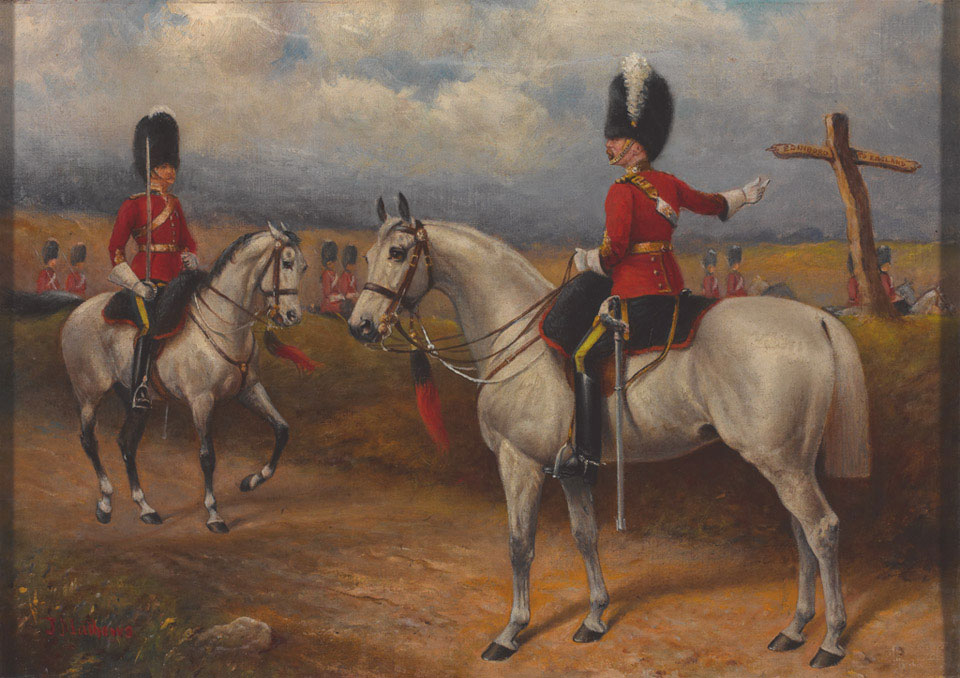 Dragoons were originally mounted soldiers primarily intended to fight on foot, but by the 19th century most dragoon regiments had evolved into conventional cavalry units. They were armed with short rifles known as carbines and heavy swords.

Mathews was a captain in the Middlesex Yeomanry from 1880 and a captain in the Royal Gloucestershire Hussars from 1894, an honorary major from 1895 and he is last mentioned in the Army List of September-October 1901.