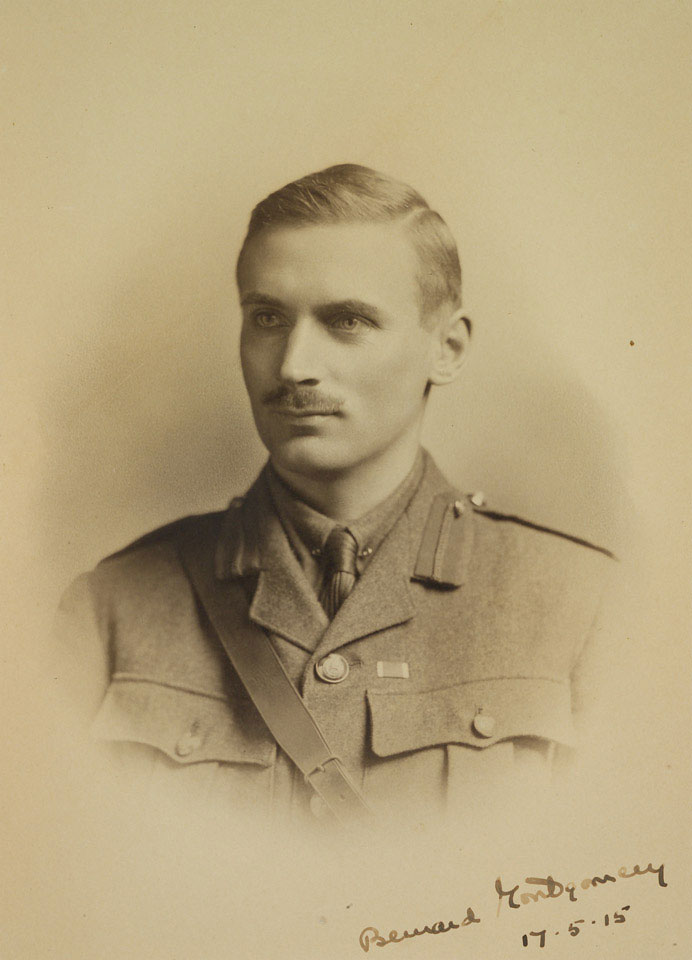 Montgomery was a brigade major with the 91st Infantry Brigade when this photograph was taken and was engaged in training 'New Army' units. He continued to hold this staff position during the Battle of the Somme (1916). Montgomery had earlier taken part in the retreat from Mons (1914), during which half the men in his battalion (1st Royal Warwickshire Regiment) became casualties or prisoners. On 13 October 1914, at Meteren, near the Belgian border, he was shot through the right lung by a sniper and was injured seriously enough for his grave to be dug in preparation for his death.