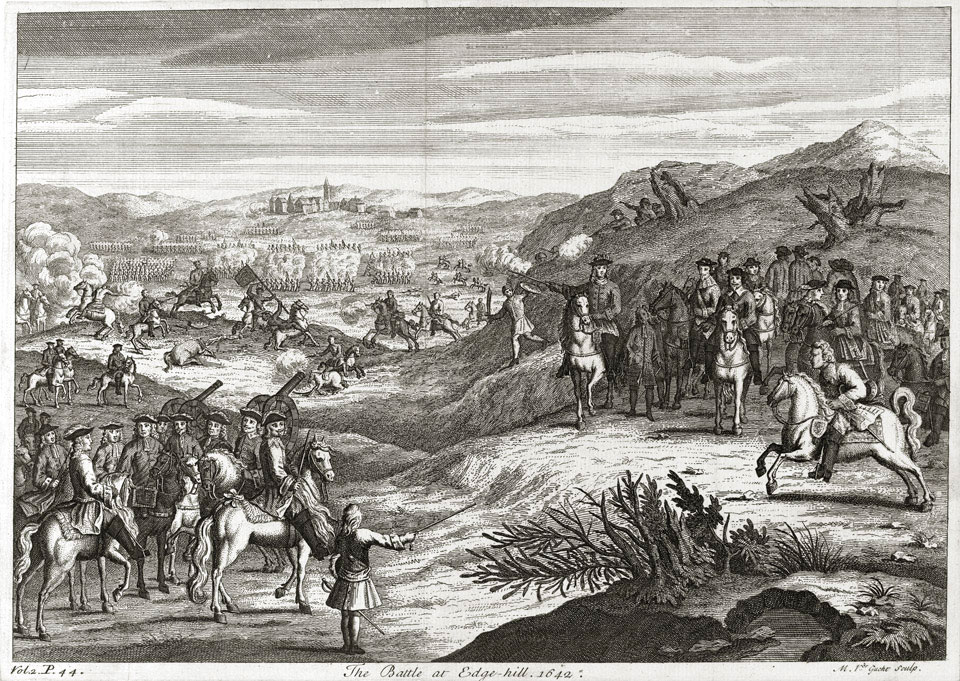 Edgehill, near Banbury, was the scene of the first major battle of the Civil War. The opposing armies, commanded by the King and the Earl of Essex, each numbered about 14,000 men.

The battle opened with an exchange of artillery fire. The Royalist cavalry, commanded by Prince Rupert, then charged and routed their opponents. However, their success carried them away from the battlefield and, in their absence, the Parliamentarians inflicted heavy losses on the Royalist infantry. After four hours both sides were too exhausted to continue fighting. Over 3,000 casualties had been inflicted, but this later engraving gives no indication of the carnage of the battlefield.

Essex retreated north, leaving the road to London open, and giving the King the chance to march on the capital. Charles was slow to take advantage of this opportunity however, giving Parliament the time to assemble forces at Turnham Green to resist him.