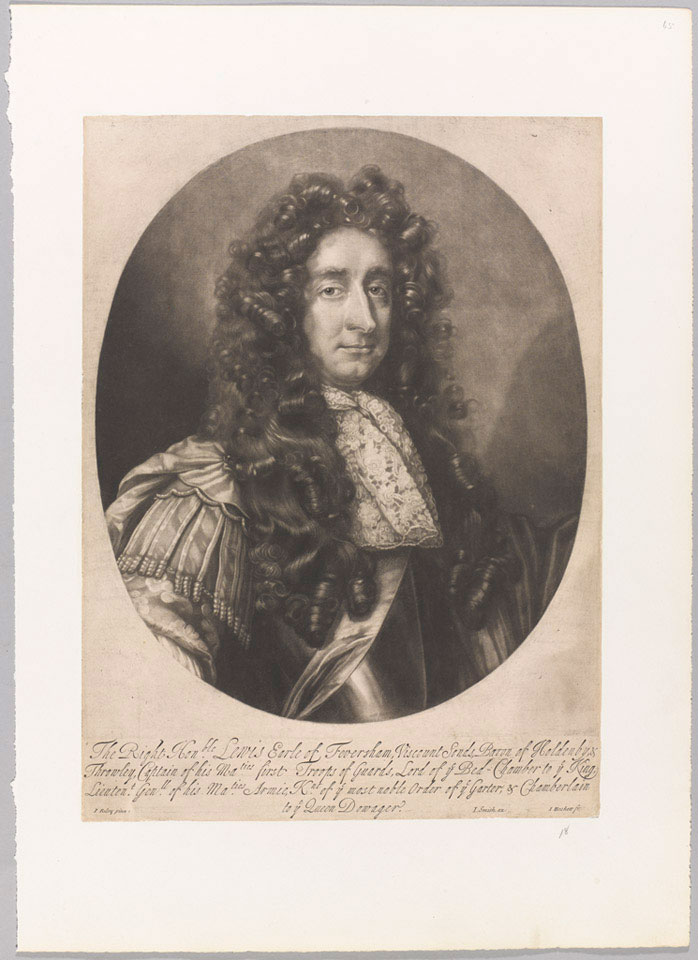 A French nobleman, who was later raised to the English peerage, Duras was commander of King James II's troops at Sedgemoor (1685), defeating the Duke of Monmouth. He was rewarded by being admitted to the Order of the Garter and being granted the colonelcy of the first troop of Life Guards. In 1686 he was appointed commander of the army.

During 1688's 'Glorious Revolution' he interpreted a confused letter from the fleeing James to mean that he should disband his troops. He later came to terms with the new king, William III, and was appointed to the mastership of the Royal Hospital of St. Catherine near the Tower of London.