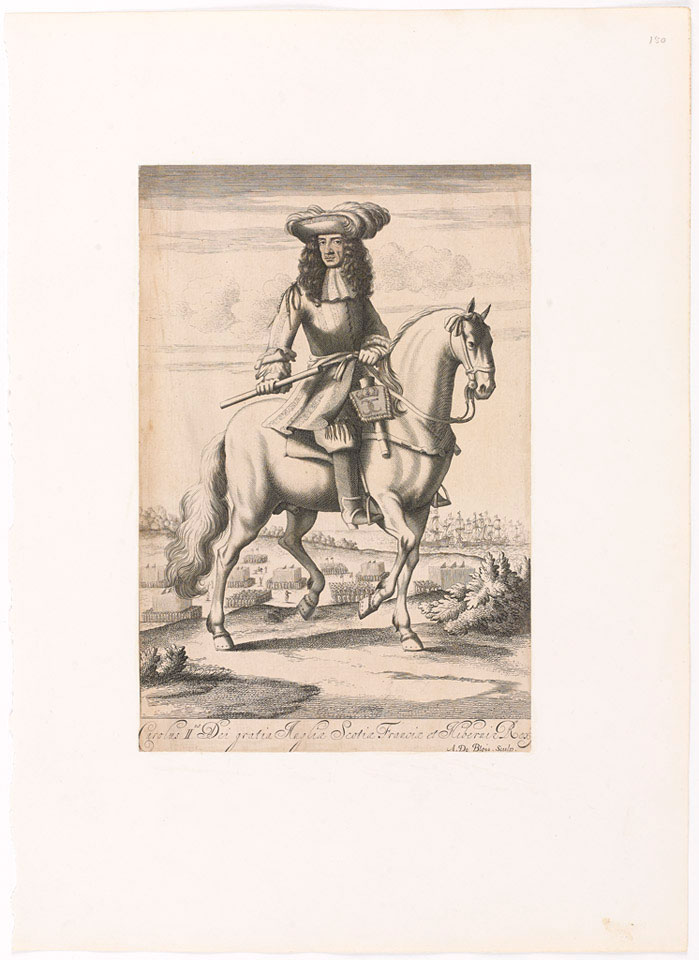 The exiled eldest son of the executed Charles I, Charles landed in Scotland in 1650 to claim the throne. Marching south, he was defeated by Oliver Cromwell at the Battle of Worcester on 3 September 1651 and forced back into exile, remaining abroad until the Restoration in 1660.

Charles became the first British monarch to maintain a standing army in peacetime. The regiments which he founded in exile, together with those of the New Model Army which changed their allegiance in 1660, formed the basis of this force. On 26 January 1661, he issued the warrant creating what became the British Army.