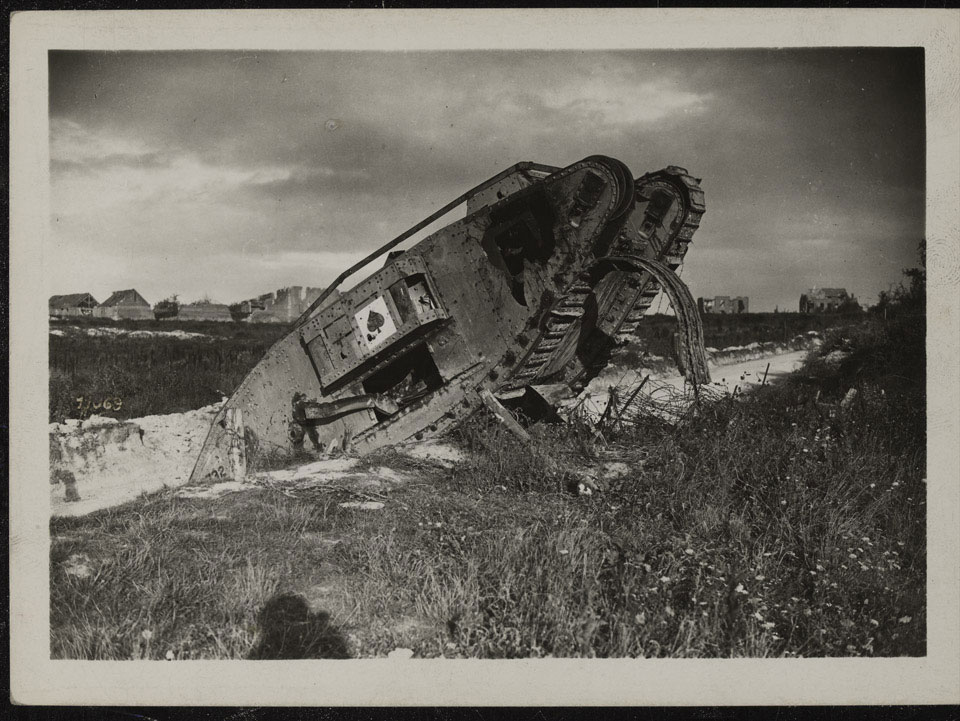 This British tank was knocked out south of Laleau Wood during the Battle of Cambrai. Several tanks were later salvaged and repaired by the German Army for their own use. This example bears the ace of spades emblem of the 12th (Eastern) Division on its side.