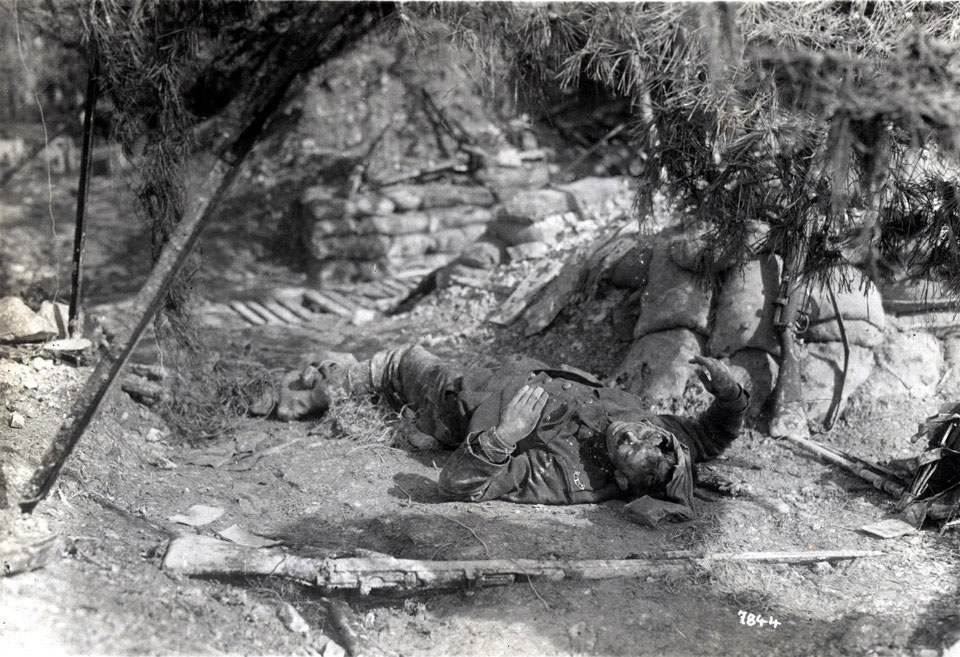 A dead soldier of the Wiltshire Regiment in a trench near St Quentin, March 1918

St Quentin was in the eye of the storm when the German's launched their Spring Offensive on 21 March 1918. Infiltration troops (known as stormtroopers), preceded by a heavy artillery bombardment, quickly overwhelmed Allied forward positions. Although several of the British redoubts at St Quentin held out and inflicted heavy losses on the Germans, by the close of the day they had broken through on a large front.