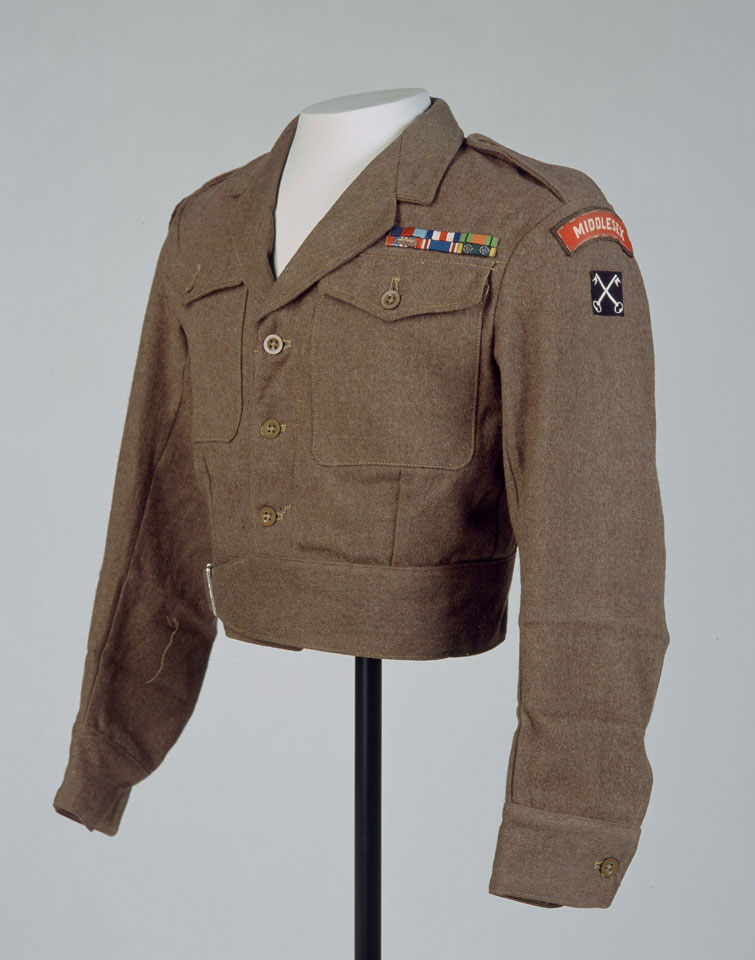 Rowe served as a Beachmaster during Operation OVERLORD, the Normandy Invasion, in 1944. All of the badges and medal ribbons were added to the blouse after the war. Above the left breast pocket are the following medal ribbons: 1939-45 Star; France and Germany Star; Defence Medal 1939-45; British War Medal 1939-45 with oak leaf (mention in despatches); King George VI Coronation Medal 1937; Efficiency Medal with two Rosettes denoting 24 years service in Territorial Forces. The badge depicting crossed keys was worn by the 2nd Infantry Division in the British Army of the Rhine from 1945.

First commissioned in June 1940 into the Royal Corps of Signals, Alfred Rowe became a Quartermaster in The Middlesex Regiment (Duke of Cambridge's Own) in 1945 and retired in 1948.