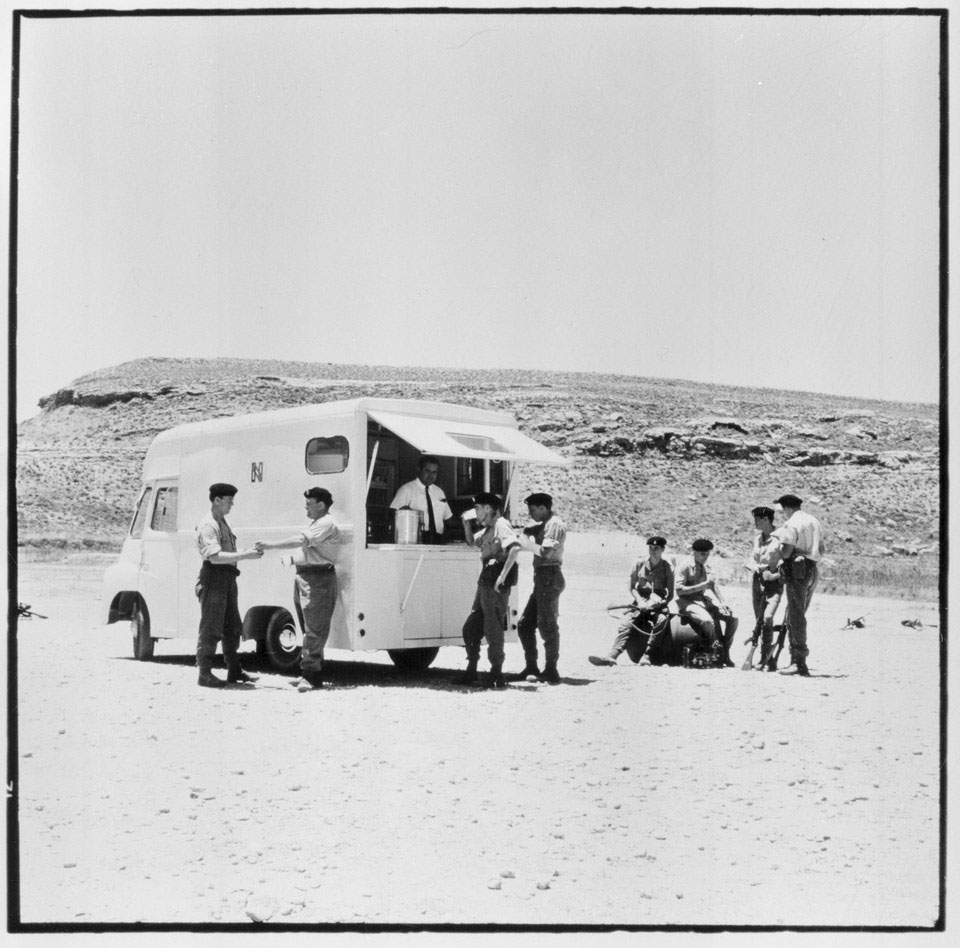 A NAAFI Mobile Refreshment Van on the rifle ranges, 1963 (c)

The Navy, Army and Air Force Institutes (NAAFI) were created in 1921 to run recreational establishments needed by the British Armed Forces, and to sell goods to servicemen. It also ran clubs, bars, shops, refreshment vans, restaurants and cafés for the troops.