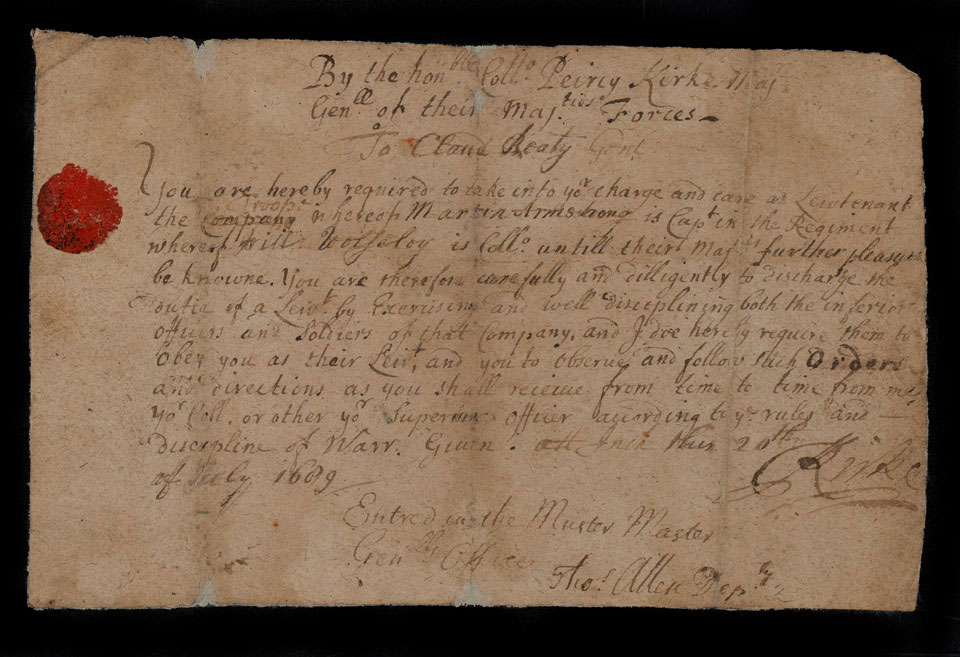 Issued and signed by Major General Peircy Kirke at Inch, outside Londonderry, to Claudius Beaty to be a lieutenant in Captain Martin Armstrong's Troop of Colonel William Wolseley's Regiment of Inniskilling Horse, (disbanded 1697), 20 July 1689.

Legend has it that Claudius Beaty once saved the life of King William III. We know little about Claudius, except that he was a lieutenant in a regiment of horse which fought for William III at the Battle of the Boyne on 12 July 1690.

During the course of the battle, the King had a number of narrow escapes. He was twice grazed by musket balls, and once almost killed by his own side during the confusion of the battle. We know that the King led Beaty's regiment into battle in person.