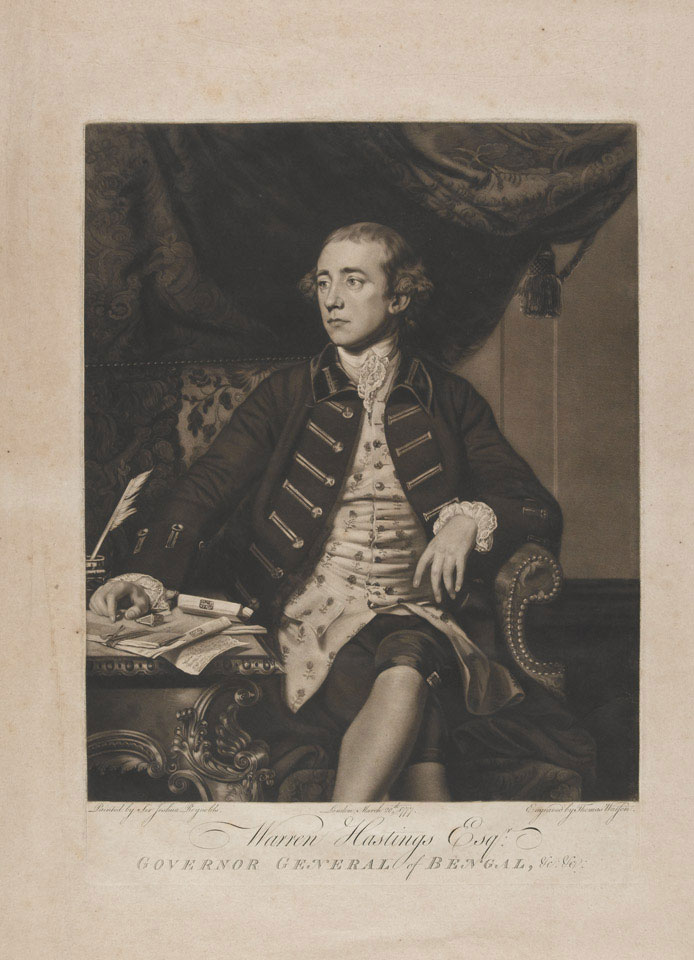 As the first governor general of Bengal (1773-1785), Warren Hastings (1732-1818) laid many of the legal and administrative foundations of British rule in India. He was appointed via the Regulating Act of 1773, which signalled the British state's growing influence over the Company's affairs. Although Hastings was very open about receiving gifts, the Company's opponents in Britain denounced him as a corrupt 'nabob' and he was impeached in 1787. After spending much of his fortune defending himself, he was acquitted in 1795.